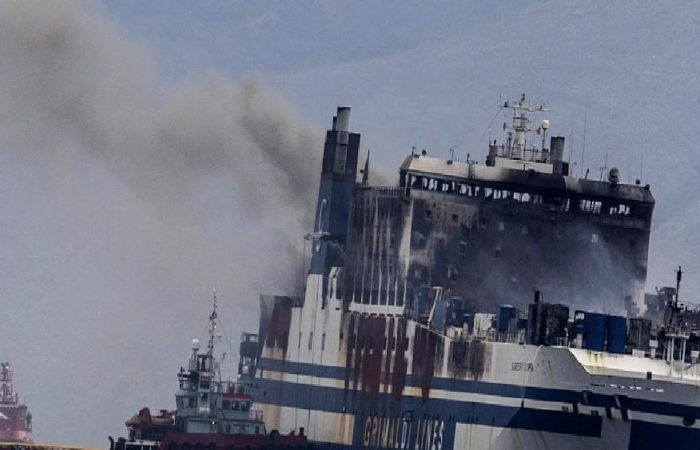 A fire onboard the Euroferry Olympia resulted in the deaths of eight passengers. Greek authorities have resumed a search for three people who are still missing after the incident. Most survivors were rescued by a nearby Italian customs vessel and a Greek coast guard patrol boat that arrived later.

The blaze broke out on 18 February onboard the Italian-flagged ship has killed eight people, while 281 people on board the ship were rescued in the hours after the fire. The 183-metre ferry had burned for five days after catching fire in the Ionian Sea off the coast of Corfu.

The Greek rescue teams have jointed their efforts with firefighters who forced open the ship’s ramp in an effort to locate the three missing individuals. They are all reported to be lorry drivers, who may have been trapped in the Euroferry’s vehicle garage.

Olympia had been carrying 292 people, as well as approximately 150 lorries and 25 cars when it set sail the northwestern Greek port of Igoumenitsa, headed for Brindisi in Italy.

Two men who had been trapped below deck were rescued by helicopter and a third managed to reach the deck and alert rescuers by himself after being missing for two days.

The stricken vessel was eventually towed to the Greek mainland port of Astakos last Wednesday to allow the search for survivors to continue. The cause of the blaze is still being investigated. The vessel’s Italian operators said it started in a vehicle hold, EFE reports on Monday.