Second round of UN-hosted Libya talks ends in Geneva 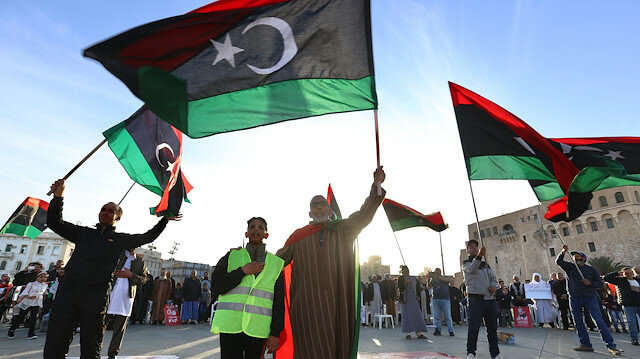 The second round of the UN-led Libya talks ends but the sides agree to present the draft deal to their respective leadership. The peace negotiations planned to resume next month, UNSMIL reported.

The Libyan people will have to wait for peace again because the UN-sponsored talks on Libya between the warring sides ended in Geneva on Monday with no crucial decisions. The high-level talks took place in the presence of Ghassan Salame, UN special representative and head of the UNSMIL.

As the UN Libya Support Mission (UNSMIL) said in a statement, both sides agreed to present ‘the draft agreement’ to their respective leaderships for further consultations. In addition, they planned to meet again next month to resume the discussions.

The Libyan Joint Military Commission (JMC) talks were in a 5-5 format with five representatives of the UN-recognized Government of National Unity (GNA), and five from the forces loyal to General Khalifa Haftar.

“The JMC is one of the three tracks which UNSMIL is working on, in addition to the economic and political tracks, in compliance with UN Security Council Resolution 2510 (2020) and which calls upon the two parties to reach a lasting cease-fire agreement,” the statement said.

The Libyan Joint Military Commission also reiterated the call for strict compliance with the existing deal. That means that the protection of civilians and civilian infrastructure facilities, the aspects that always underestimate during the armed conflict.

The second round of the UN-led talks was interrupted by the attack on the Port of Tripoli on Feb. 18. The incident caused the GNA’s withdrawal from the peace talks of the JMC in Geneva. The UN-recognized government rejected to be back to the peace talks until a determined stance was taken against the violations by Haftar’s forces.

Also, the Libya JMC stressed the port Tripoli was vitally important for people to receive necessities such as food and medicine, accusing General Haftar’s forces of committing war crimes.

Since the ouster of late ruler Muammar Gaddafi in 2011, two seats of power have emerged in Libya: Haftar in eastern Libya supported mainly by Egypt and the United Arab Emirates, and GNA in Tripoli, which enjoys the UN and international recognition.