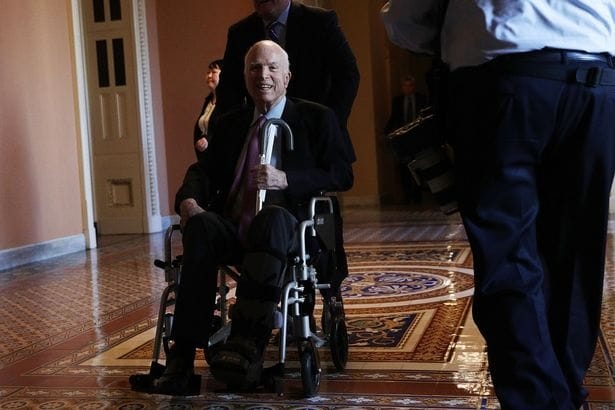 Senator John McCain who was fighting with he brain cancer over last year decided to discontinue the treatment. Senator’s family has a great respect for his decision, knowing his usual strength of will, SkyNews reported.

Last year, Senator McCain shared with Americans the news our family already knew: he had an aggressive glioblastoma, and the chance to fight that disease was the slimmest. In the year since, John has surpassed expectations for his survival. But the progress of the brain cancer and the inexorable advance of age render their verdict. With his usual strength of will, John has chosen to discontinue medical treatment and announced that his decision.

Meghan McCain, Mr McCain’s daughter, tweeted that her family is deeply appreciative of all the love and generosity they have received over the past year, while Mrs McCain said on her Twitter:

“I love my husband with all of my heart. God bless everyone who has cared for my husband along the journey.”

Senator McCain who has the strong voice among all the Republicans represented his state in the Senate and House for 35 years, he always protected the rights and freedoms of all Americans. McCain is known for his harsh criticism of the current presidential office and its strategy.