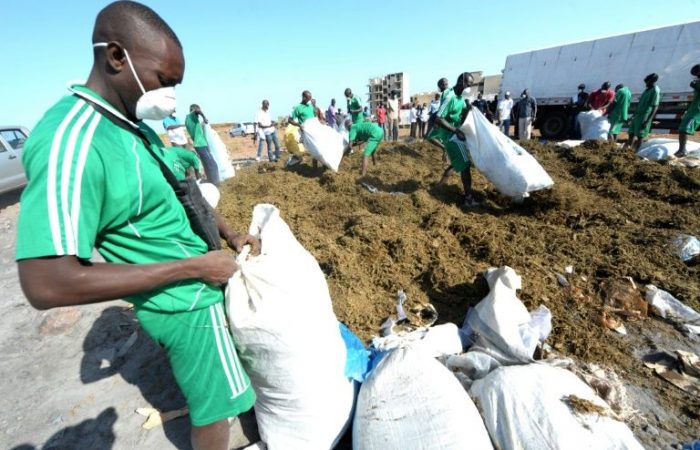 Cannabis grows easily in Senegal’s tropical climate, making the main source of earnings for the local people. The impoverished farmers sees their future in this tempting crop due to the absence of other business opportunities in one of the poorest African countries, Daily Mail reported.

Cannabis remains the only commercially viable crop for most Senegalese farmers. Despite they all sell peanuts and vegetables, marijuana gives the money needed for living. For Senegal, the poor West African country, only one crop is important for surviving — cannabis.

In 2017, Senegal seized 12.8 tonnes of cannabis or cannabis resin, a marked increase in hauls over previous years. In Senegal, many villages are lost in the mangroves and inaccessible by road, teems with caiman crocodiles and rare birds. Locals say no police officer has set foot there since the 1980s, and a recent crackdown on cannabis cultivation has passed them by.

However, the United Nations Office on Drugs and Crime (UNODC) estimates that Kouba villagers say the drug varies between $25-$50 (15,000 and 30,000 CFA francs) a kilo. In comparison, one kilo of onions cost just 500 CFA francs. For Senegal, where two in five people live below the poverty line, the choice is obvious. There is no road to market for vegetables, so locals grow them only for their own food.

Casamance is one of the regions in Senegal where the lion share of cannabis is produced. Probably, this trend will be kept for the next decades despite «enormous potential» in sectors such as tourism and fisheries.

Senegal should develop tourism instead of growing cannabis: UNODC

Lacking other viable economic options such as tourism or conventional agriculture, the villagers have tended marijuana plantations in their lush backwater for decades.

Sheikh Toure of the UNODC office in the capital Dakar said Senegal is one of the first West African countries to target cannabis traffickers. «The repressive actions of recent years are sending a strong message to networks and producers,» Toure said.

While other African countries such as Zimbabwe and Lesotho have relaxed cannabis-growing restrictions or are considering doing so, Senegal is stepping up controls, according to the police.

But these need investment to take off and for the moment, growing cannabis is a question of survival for locals.