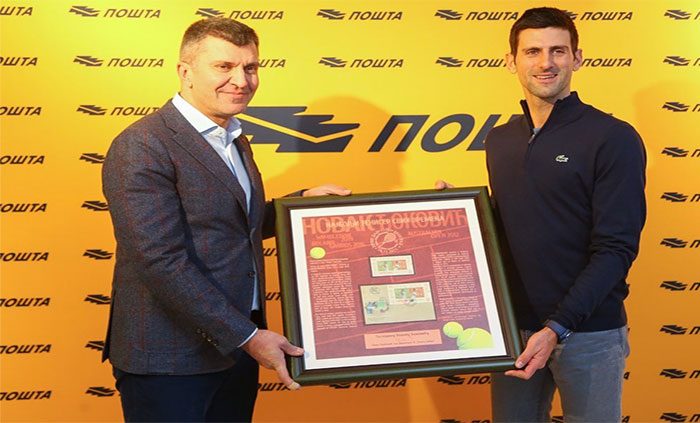 Novak Djokovic has received his very own Serbian stamp after the national postal operator has honoured the Serbian tennis legend by launching a series of stamps.

The postal stamps are featuring Djokovic and his sports achievements, said the Post of Serbia. On Thursday, it presented the stamps titled “Tennis: Novak Djokovic, the world racket number one”.

“An honour to receive my very own Serbian stamp,” the athlete wrote on his Twitter. 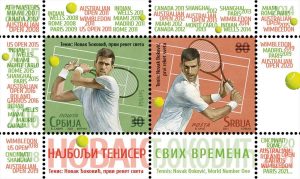 The Post of Serbia presented the stamps at an event attended by the 34-year-old star and said it was the first time it had put an athlete on a stamp.

“The stamps represent an athlete… the best tennis player of today and the best athlete in the history of Serbian sports,” a Serbia Post statement reads.

For Serbians, the unbelievable Djokovic is a national hero who also is a “great humanist and philanthropist”, referencing his education foundation. It helped reconstruct 48 kindergartens and supported more than 2,200 teachers in their work throughout a tiny European nation.

The stamps feature Djokovic and his sports achievements — notably 350 weeks as world number one, 20 Grand Slam titles as well as 37 titles at the ATP Masters tournaments, TennisWorld reports.