Serbia will continue its path to the EU, despite the decline in popularity of this idea in society 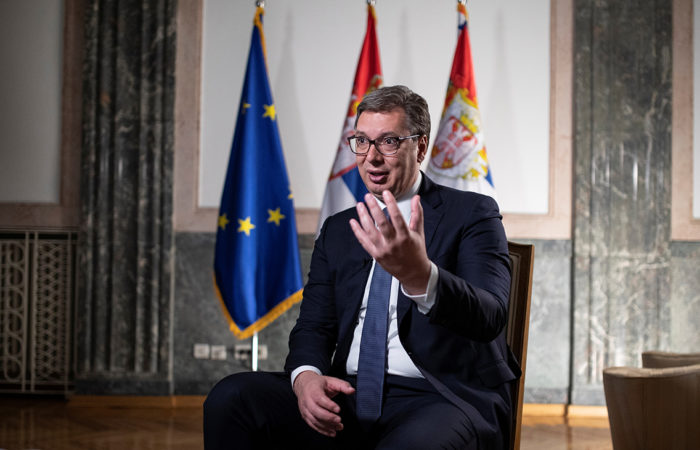 Serbian President Aleksandar Vučić, at a joint press conference in Berlin with German Chancellor Olaf Scholz, said that the Serbian authorities would continue their course towards joining the EU, despite the fact that the majority of the country’s population opposes it. The address was broadcast by Serbian national television.

“What there is no doubt about is Serbia’s choice to be on the European path, and Serbia will be firmly committed to this path. Despite the fact that the current opinion polls in Serbia show that this is not the most popular path, the Serbian authorities will fully support this Serbia’s path in the future,” Vučić said.

The President also said that soon Scholz would visit Belgrade, but the Serbian leader did not name the exact date.

Earlier, Vučić expressed concern that if a referendum on Serbia’s accession to the EU were held tomorrow, 44% would vote against and only 35% would vote in favor.

He sees the reason for such sentiments in the fact that the Serbs hear only one thing from the EU: the country must recognize Kosovo as an independent state. Many Serbs are tired of this, because at the same time they see a completely different approach of the Western powers in Ukraine, so they have a feeling of double standards, Vučić explained.