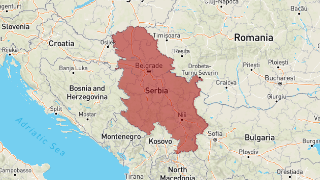 Serbian Interior Minister Alexander Vulin commented on the reaction of the European Union to the two-year plan of mutual consultations signed between Belgrade and Moscow. According to him, the EU is trying with all its might to prevent Serbia from being an independent country and is making it its vassal.

“The EU is well aware that the document signed with the Russian Federation is of a technical nature, but the EU also knows that it will not allow the President of Serbia and all Serbs Aleksandar Vučić to pursue an independent and independent policy. This is the essence of all the attacks and false concern about the path of Serbia, its orientation and the struggle to reduce Vučić to the level of frightened European politicians without ideas and convictions, and Serbia [to the level of] a vassal state,” the interior minister said.

He called the behavior of the European Union hypocritical, stressing that it would be better for Vucic to continue to be the head of state than for the country to convince itself for another ten years that it will one day join the organization.

Earlier, the official representative of the EU Foreign Service, Peter Stano, noted that the EU countries oppose Serbia’s rapprochement with Russia and criticize the strengthening of business ties.