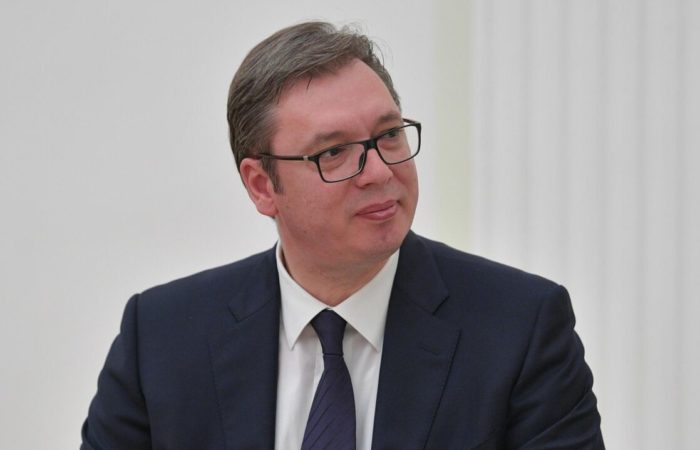 A declaration following the EU-Western Balkans summit in Albania, which indicates the need for all participants to support sanctions against Russia, will not change Serbia’s position, Serbian President Aleksandar Vucic said.

Croatian Prime Minister Andrej Plenkovic said earlier on the sidelines of the EU-Western Balkans summit in Tirana that the participants will sign a declaration with a commitment to harmonize foreign policy with the EU and Serbia, as a candidate country, should also do this.

Vučić also expressed expectations the day before that sanctions against the Russian Federation, which Belgrade does not support, will become one of the main topics of the forum. Before the start of Tuesday’s meeting in Tirana, he responded to criticism of the proximity of Belgrade and Moscow by pointing out that Serbia is an independent state on its way to the EU.

“The only country that did not agree with the policy of sanctions is the Republic of Serbia. And let them not lie to you that there is some other one, it does not exist. I cannot be responsible for this declaration, because I did not write it. But we have nothing against them writing down the fact that we did not agree on sanctions and did not impose them,” Vucic said at a briefing after the meeting.

⠀
According to him, Belgrade’s refusal of sanctions is a given, one should not be angry at the mention of this.

“I said that this attitude to sanctions is, first of all, an attitude towards us, Serbs and citizens of Serbia. I recalled that the Russian Federation imposed sanctions against Serbia (as part of Yugoslavia) in 1992, and Serbia did not impose them against Russia. This is a question respect for us, for what we went through nine years under sanctions, and saw that they do not bring anything good to the people, and we will not participate in this policy,” the Serbian leader emphasized.