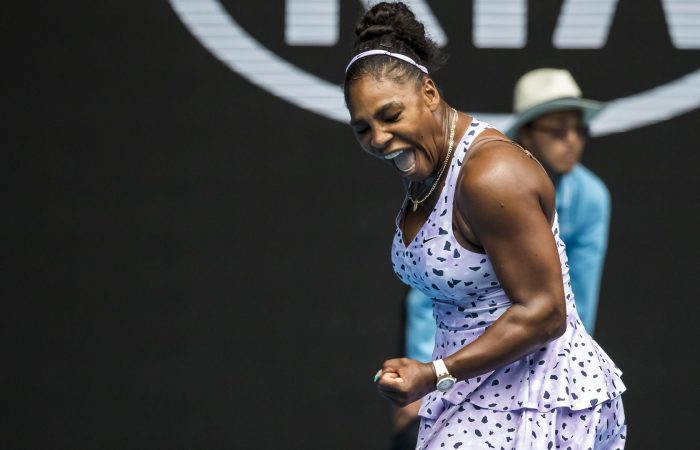 Serena Williams was extremely emotional during her match with the Chinese athlete. As the experts say, the tennis legend attempted to equal Margaret Court’s Grand Slam titles record but she just made far too many errors «to be a professional athlete today».

For Ms Williams, it was a real suffer to leave tennis court after she lost to the Chinese girl. In fact, Serena has suffered her earliest exit from the Australian Open in 14 years, falling to a shock defeat to China’s Wang Qiang in the 3rd round.

For both sisters, Serena and Venus, Aus Open 2020 started unluckily. Venus lost in the first round, Serena in the third.

Williams won her first tournament in three years in Auckland earlier this month and arrived in Melbourne with a determined intensity that seemed to indicate she was ready to put four recent grand slam final losses behind her.

Traditionally, Serena is always highly critical of her own performance, so, after her recent loss, she admitted she was too optimistic. «I just made far too many errors to be a professional athlete today,’ Serena said.

«If we were just honest with ourselves, it’s all on my shoulders. I lost that match. It’s not about the tournament, it’s just like I can’t play like that. I literally can’t do that again. That’s unprofessional. It’s not cool,» Serena Williams concluded.