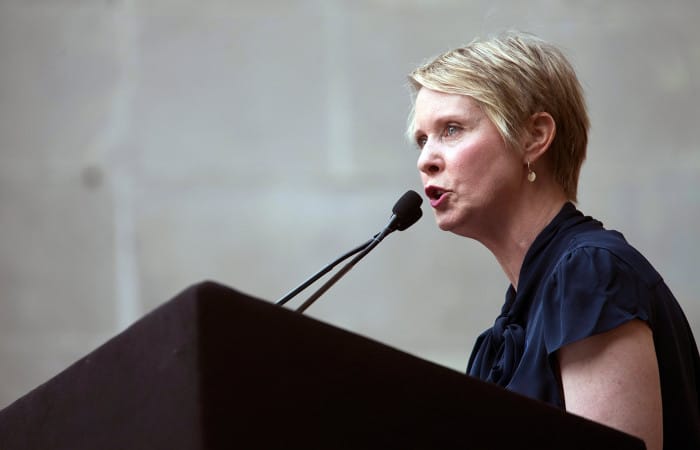 Sex and the City actress decided to win the right to be New York governor, BBC reported, But the lack of support and political literacy made her an outsider of the primary.

Despite the strong support of the former colleagues from Hollywood, Cynthia Nixon has lost in her bid to be the Democratic nominee for New York governor. Actually, it pretty logical result, Ms Nixon isn’t an experienced political person. In 2018, Cynthia Nixon fought her campaign as a left-wing challenger to the current governor, Andrew Cuomo who had gained 65% of the vote to Ms Nixon’s 35%.

Mr Cuomo has been the state’s governor since 2011 and will face a general election in the state on 6 November. The result comes at a time when left-leaning Democrats have sought to challenge their party’s establishment.

The brave actress is a mother of three, the 52-year-old actress dived into the race in March, in a bid to become the first woman and first openly gay governor, demanding change and supporting a raft of left-of-centre hot-button issues. In fact, Ms Nixon’s lack of experience and support made her an outsider of the current NY governor race.

Sex And The City star was one of a number of candidates hoping to shift the Democratic Party to the Left, capitalising on the rise of Bernie Sanders to usher in a new era of progressive politics to counter Donald Trump.  In her concession speech, she pointed to the way she had won concessions from Mr Cuomo, with a ban on plastic bags and fresh consideration of decriminalising marijuana.

“The generation coming of age in Obama and Trump’s America is one of the most progressive generations in history. And every day, more and more of you are turning 18 and registering to vote,” she told her supporters in Brooklyn. “You are going to change America — and for the first time in our history create a nation that finally belongs to all of us.”

Nixon supporters were sanguine in defeat, of course.