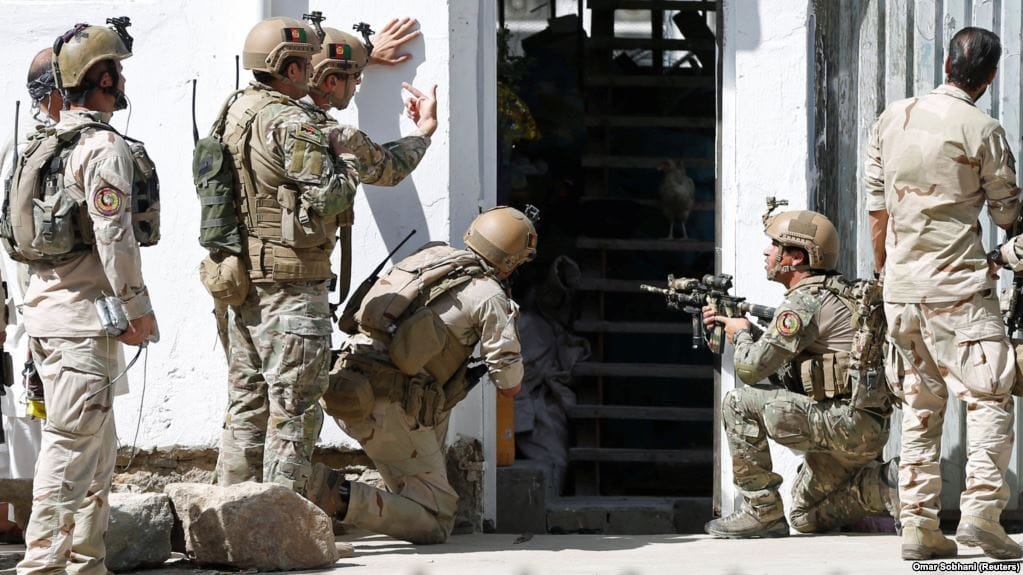 Kabul police confirmed that a suicide bomber detonated himself inside the mosque where people had gathered for Friday Prayers. Abdul Basir Mujahid, the capital police spokesman, added that several attackers entered the mosque after one initial explosion outside the building.

Another atrocity in Kabul, Afghanistan became the saddest news for Friday, the gunmen have attacked a Shia Muslim mosque in the capital. For the worshippers, the Friday Prayers transformed into the horror when a suicide bomber blew himself up outside the mosque. The eyewitness told the gunmen had taken some worshippers hostage.

As result of this act of atrocity, two people had been killed and eight injured in the attack so far. Kabul special forces have now been deployed to the area as well as ambulances for the injured people.

Last month was very intensive for the Kabul police, Taliban carry out the terroristic attack in July, dozens of people were killed when a car bomb struck a bus carrying government employees in the Afghan capital.

None the terroristic group has yet said they are behind the attack, and its details remained sketchy. In past, ISIS militants have attacked Shia Muslim targets in Afghanistan in their efforts to expand their Afghan footprint. Shi’a are a minority in Afghanistan who have been threatened and attacked in the past by various Sunni militant groups — including Islamic State and Taliban extremists.

Shi’a are a minority in Afghanistan who have been threatened and attacked in the past by various Sunni militant groups — including Islamic State and Taliban extremists.