Silvio Berlusconi: Ex-wife to pay back €60m in alimony 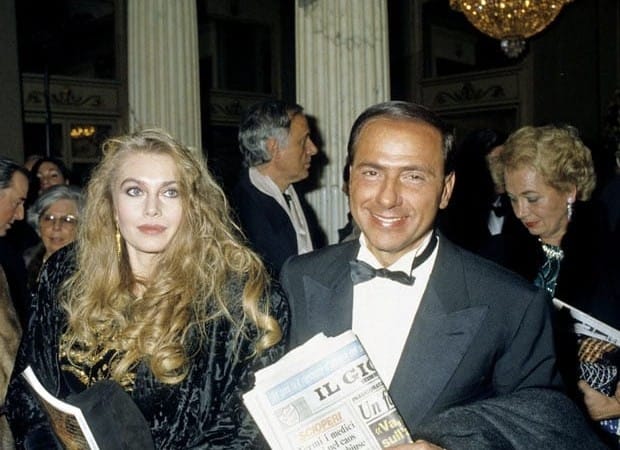 Despite being the former prime minister, Silvio Berlusconi is still popular personality in Italy. This week, his ex-wife has been ordered to pay him back €60m in alimony after a court ruled that she did not need the money, BBC reported. The couple met in a dressing room in 1980 after Berlusconi saw Ms Lario perform in a Milan theatre.

All the wives and kids pf Silvio Berlusconi are rich and ell, one of the exes even doesn’t need an alimony, so Italian court decided she should back them to the payer, an ex-prime minister Berlusconi. The court made one more verdict, according to that the 81-year-old Berlusconi will also no longer need to pay €1.4m a month to Veronica Lario, mother of three of his children.

Berlusconi’s legal team insisted that Ms Lario was wealthy enough to support herself with her €16m fortune, she preferred not to comment that fact. A woman split from Silvio Berlusconi in 2009, three years after, the Italian court awarded Ms Lario, 61, alimony of €3m a month. In 2013, the amount was cut to €1.4m, but Berlusconi complained it was still too high.

Berlusconi’s lawyers continued to work and appealed to the court in Milan, which voted in favour, saying Veronica’s wealth includes cash deposits, jewels and a real estate business. The decision followed a ruling by Italy’s supreme court this year that divorce settlements should no longer guarantee spouses the standard of living they had during the marriage but rather ensure their financial sufficiency.

In 2017, Silvio Berlusconi is still one of the richest men in Italy, his fortune $7bn was placed in the fifth place by US magazine Forbes.  The 81-year-old tycoon is currently engaged to 32-year-old Francesca Pascale. Ms Lario was Silvio Berlusconi’s life partner for ten years, they wed in 1990 only and were married for 22 years. In 2009, she began divorce proceedings in 2009, accusing him of consorting with minors.

The four-time prime minister who was accused of tax fraud and paying for sex with an underage prostitute (2013 and 2105) still remains the leader of the centre-right Forza Italia (Go Italy!) party, has been embroiled in financial and sex scandals.