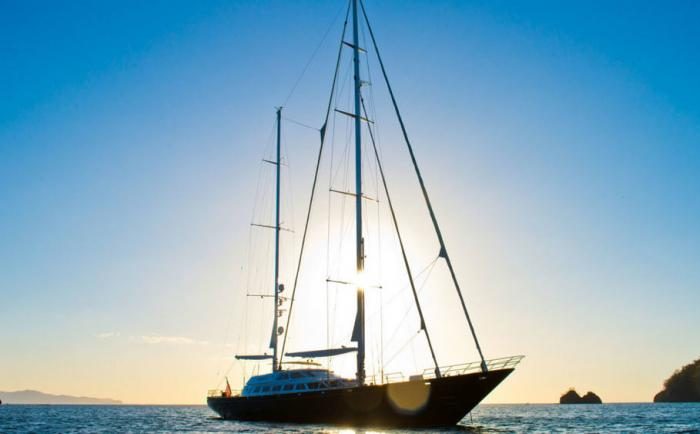 The Italian media mogul has bought this superyacht from another media mogul in 1999. The former owner, Rupert Murdoch, was first commissioned this navy-hulled beauty in 1985 for nothing less than $7.2 million.

Morning glory, a luxe vessel, boasts many an impressive amenity, including full indoor and outdoor dining areas, multiple spacious lounging areas both inside and outside, a full bar and game table, and a massive master suite. The yacht sleeps a total of eight guests as well as eight crew members.

To summarize, this gorgeous yacht has even hosted both Queen Elizabeth II and Prince Charles; enough said.

According to an official statement, the multimillion-dollar vessel sports several lounging areas and sleeps almost eight guests. If you like making the most of the waters then nuzzling on an L-shaped couch up on the flybridge in the evening with expansive ocean views could be one of your many evenings.

For a more formal setting, the owner can shift the party to the main saloon area as a room with a formal dining area waits, LuxuryLaunches reported.

It’s an incredible purchase for someone who has deep pockets and truly entertaining with umpteen spacious lounging areas both inside and outside, a full bar and a game table. An owner’s suite is equipped with a master study with separate his and her bathrooms.