Six elephants die after falling into waterfall in Thailand 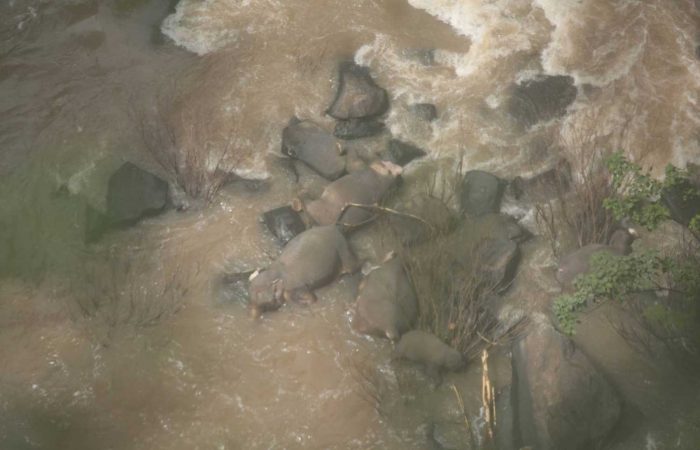 Six wild elephants have died in a result of the incident in Thailand. As the Khao Yai National Park managers say, the animals fell into a waterfall, Bangkok Post reported.

While six elephants have died after falling into the waterfall, two others were saved on Saturday. The tragedy took place in Haew Narok Waterfall in the north-eastern province of Nakhon Ratchasima, the National park officials said.

“It was an accident. We have often seen this happening,” National Resources and Environment Minister Varawut Silpa-archa told Reuters.

The Khao Yai National Park is caring on around 300 wild elephants. The Park territory is rather big, it covers more than 2,000 square km of forest and grassland. The elephants aren’t only habitants, it is home to various wild animals, including bears and gibbons. Due to the biodiversity and mild climate, Thai National park became a popular destination for tourists.

The animals were taken from the cliff near the falls, added Witthaya Hongwiangchan, director of the Protected Area Region 1 Office of the Department of National Park, Wildlife and Plant Conservation.

Pineapples, bananas and sugarcane with nutrient injections were given to the animals, Thai media reported.

In Thailand, Haew Narok remains the largest and one of the most beautiful waterfalls inside Khao Yai National Park. Before the Prachin Buri-Khao Yai Road was built, tourists from all over the world had to travel at least six hours on foot to reach the waterfall.