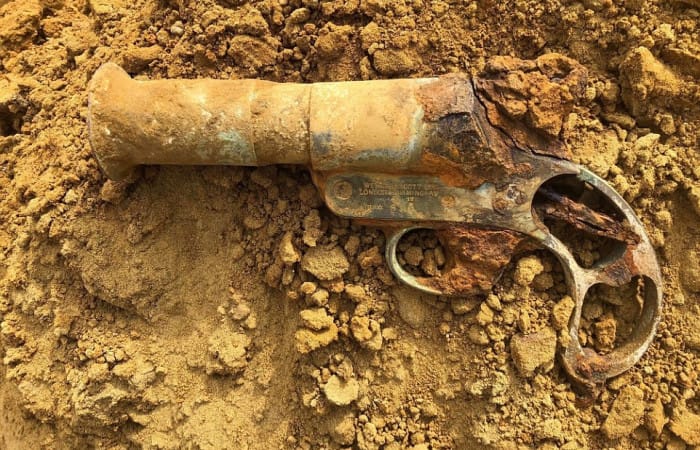 Most of the 125 First World War soldiers’ skeletons were found in the perfectly preserved German trench system. The team of British, German and Belgian archaeologists says that soldiers fell during some of the most ferocious fightings of the Great War One.

The skeletons of 125 soldiers have been discovered entombed in old trench system 101 years after they were fallen fighting during WWI. According to the experts, most of the skeletons belong to German men, while others were German, British, French and South African. The soldiers were killed by shot or shell fire during the First Battle of Ypres in November 1914. The ridge, known to the Allies as Hill 80, was held by the enemy until June 1917 when it was taken by British and Irish troops during the Battle of Messines.

The bodies weren’t the only discovering of the historians who have also found thousands of poignant personal effects of the men. Different helmets, rifles, ammunition, searchlights, water bottles, cooking utensils, coffee pots, watches, cap badges, toothbrushes are among things, which were perfectly preserved in the old trench. Recovered religious relics include crucifixes, rosary beads and a statue of Mary Magdalene.

The historians say it is the biggest mass grave found on the Western Front since 250 bodies were uncovered at Fromelles in France 2009.

The unique and historic excavation project, called Dig Hill 80, started in the spring of this year following a hugely successful crowdfunding campaign that raised over £150,000 to finance it. Thanks to the DNA analysis, hundreds of family across Europe will get accurate information on the place of death of their relatives who missed 101 years ago.

“But the mayor of the region had to see if there was any archaeologist heritage there. Little did they know that in that field was a major German fortification. Two test pits were dug and they identified a German mass grave and the remains of Allied soldiers,”