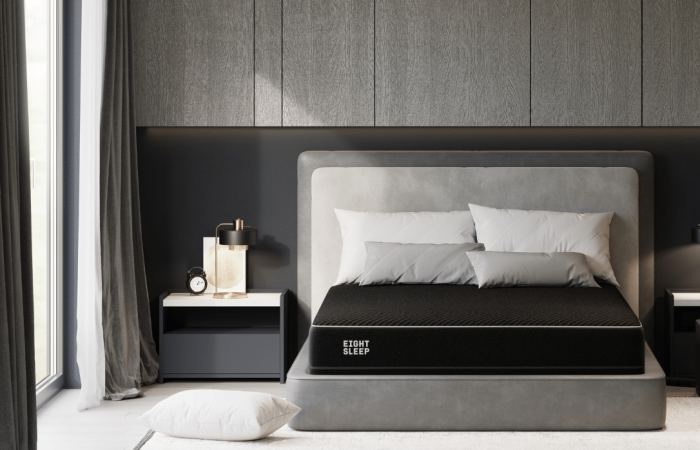 A better night’s sleep could be achieved by modern artificial intelligence technologies, said the inventors from the Eight Sleep startup. As Springwise has learned, the engineers use sensors, AI and an integrated cooling system to help people with insomnia and sleep’s disorder.

Smart mattresses “the Pod”could improve the quality of life. They consist of six layers, designed to improve sleep through thermoregulation. The Pod also contains a flexible and contoured grid into which temperature-regulated water is pumped from a separate water tank.

The tank, dubbed “the Hub”, sits by the side of the bed and cools the water using “thermo-electric cooling elements in conjunction with a Heat Sink and two premium cooling fans like those found in upscale gaming PCs.”

As Matteo Franceschetti, Eight Sleep’s CEO said, the temperature of the water is adjusted using sensors integrated into the mattress, along with an AI-powered algorithm, which collects physical data used to predict the optimum temperature for each sleeper and heat or cool the mattress autonomously.

Thus, in the future, Eight Sleep hopes to integrate more physical products, such as ambient factors like lighting, and other diagnostics to deliver a better night’s sleep, a real recovery.