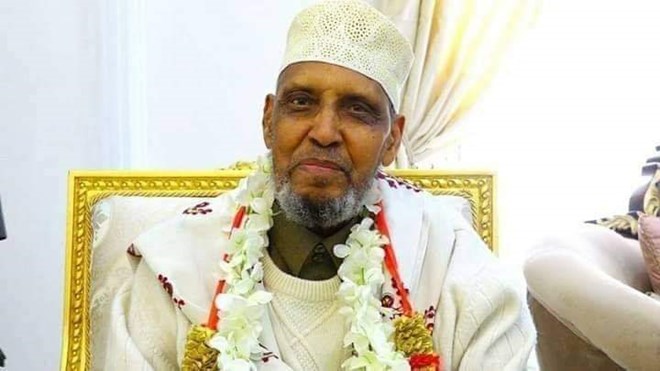 Somalia’s former prime minister Omar Arte Ghalib died on Wednesday. President has sent his condolences to the family and people of Somalia.

In his condolences, Somalia’s President Mohamed Abdullahi Farmaajo said that Ghalib’s death is one of the greatest loss for the country. Omar Ghalib, the veteran diplomat and politician, have been served as prime minister from 1969 to 1977, the complex period for Somalia.

Over four decades, Ghalib served to his native country as an educator, he was a principal in a number of schools in the former British Somaliland Protectorate. During his long bright life, Ghalib was a civil servant, diplomat and politician. On Wednesday, he died in Hargeisa, the capital of the self-declared Republic of Somaliland.

Three weeks ago, Ghalib’s son Mohamed Omar Arte, a former deputy prime minister in the federal government of Somalia (2015-2017), resigned from the membership of the Lower House of Somalia’s parliament to be at his ailing father’s bedside.

Ghalib’s death follows that of Nur Adde, another of Somalia’s PM who died in London in April this year from Covid-19. In October, Ali Khalif Galaydh, Somalia’s PM between 2000 and 2001 also died, aged 78.

When British Somaliland and Italian Somalia gained independence and formed the Somali Republic, Ghalib joined the foreign service at the new capital Mogadishu.

During the civilian government, Ghalib contested in the last multiparty election, winning a seat at the then 123-member National Assembly in 1969. Ghalib was the last prime minister appointed by General Barre in a move to reconcile rebel and opposition groups.