Some US diplomats will have to leave Russia by January 31 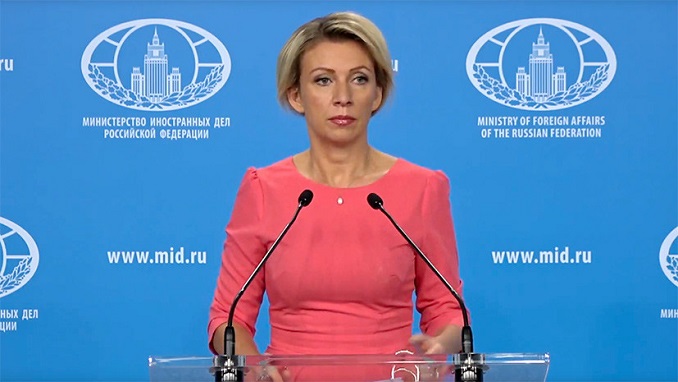 Russian Foreign Ministry spokeswoman Maria Zakharova said on Wednesday that a number of US diplomats will have to leave Moscow before the end of next month, taking into account the symmetrical move in the relations of Russia and the United States.

Commenting o the measure, Ms Zakharova said those US Embassy personnel who would have spent more than three years in Russia would have to leave Russia by January 31. The experts called the move the latest salvo in a diplomatic tug-of-war between Moscow and Washington.

According to the spokeswoman, the Russian demand mirrors US actions that would make 55 Russian diplomats to leave.

“We see the American demand as an expulsion and will respond in kind,” Zakharova said.

Meantime, the Russian ambassador to Washington, Anatoly Antonov urged the White House to roll back several waves of mutual restrictions on the countries’ diplomats and “return to normal practice of diplomatic missions’ work.”

“They just go head-on, continuing attempts to exert pressure,” he said about the U.S. “That language of ultimatums that the Americans also use in other spheres of our relations is unacceptable for us. We will respond in kind,” the Russian diplomat added.

For both Russia and the US, the current diplomatic chaos reminds the Cold War era. Washington remains angry over Russia’s 2014 annexation of Ukraine’s Crimean Peninsula, its interference in US elections, its hacking attacks and other irritants.

As part of trading diplomatic blows, Russia banned the US Embassy from hiring local residents. The Embassy said the move forced it to reduce its consular workforce by 75% and cut most US citizen services as well as non-immigrant visa processing for non-diplomatic travel.

#Zakharova: If the #US doesn’t restore diplomatic immunity of Russian property, Russia will reply in kind regarding US property in #Russia pic.twitter.com/rk4QpItiVU