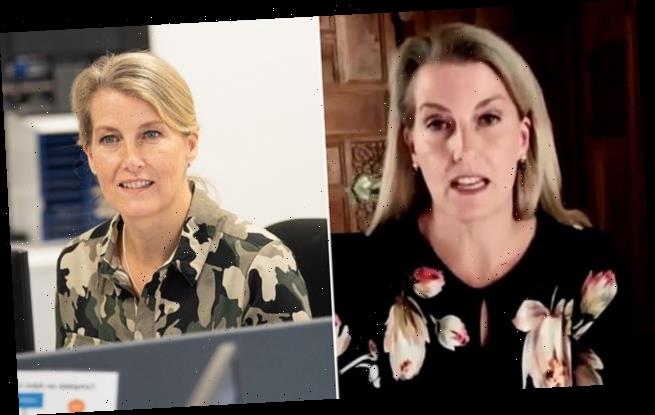 Sophie Wessex has appeared virtually at the United Nations Forum on the International Day for the Elimination of Sexual Violence in Conflict to raise awareness on sexual violence in domestic settings. In her powerful speech, the royal noted that the conflict zones were likely to have ‘risen substantially’ since lockdown began.

The royal speech on sexual violence via video link ‘must listen to the survivors’, said the countess. That speech became another contribution of the British royal to the elimination of violence around the globe. In fact, Sofie Wessex has been speaking already against the violence last year, on International Women’s Day.

‘Since the pandemic began, the number of cases of sexual violence across conflict settings and in domestic settings are very likely to have risen substantially,’ the 55-year-old royal noted.

As countess reiterated, women and girls once again are being affected disproportionately, with increased difficulties in accessing sexual and reproductive healthcare. In addition, higher numbers of maternal deaths and teenage pregnancies, closures of domestic violence shelters, closure of schools, reduction in aid work and funds for charities, delays in relief packages.

Sophie went on to speak at the Commission on the Status of Women at the UN in New York and attended a Foreign Office conference on PSVI with survivors, government and NGO representatives.

The royal urged governments and humanitarian organizations, many of which are working in strong partnership with the UN, to ensure all responses are best geared to survivors.

‘My message, therefore, today is simple, and I hope I may speak for all Survivors of Conflict-Related Sexual Violence when I say: we must listen to the needs and wishes of all Survivors and we must act accordingly, countess of Wessex said.

In her virtual address to the UN, the countess went on to say: ‘Time is against the victims and therefore it is imperative that national action plans are implemented or where possible even accelerated.

Earlier this week Sophie joined a counselling shift at a call centre offering support for vulnerable children as she continued her volunteering amid the pandemic.

Sophie Wessex has been a principal patron of the NSPCC since taking over from the Queen in 2016.