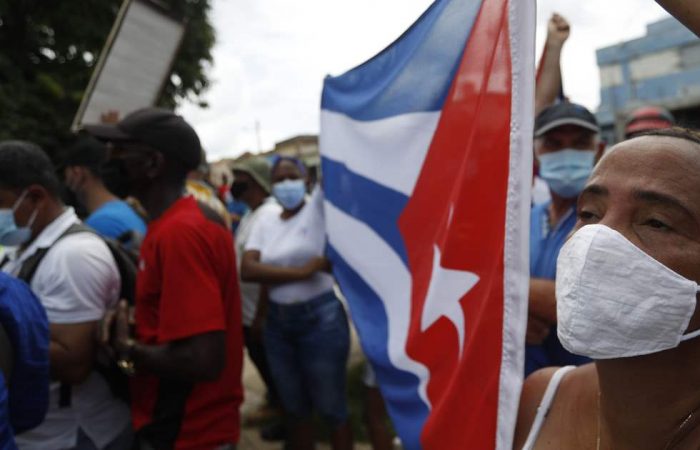 The powerful waves of protests across Cuba made government revise its policy. After a few days of protests, Cuba’s leader Diaz-Canel has admitted the authorities have made mistakes as Havana announced a limited easing of food and medicine restrictions.

Miguel Diaz-Canel has also blamed the United States and social media for the unrest rocking Cuba this week. The protests actions have started over the weekend amid anger at food and medicine shortages, price hikes and the covid-19 crisis.

As Reuters has learned, President Diaz-Canel accepted that his government had a degree of responsibility for the unrest: «We have to gain experience from the disturbances.»

From the very beginning of the protests last weekend, the government had blamed on US-backed «counter-revolutionaries» it accused of exploiting hardship exacerbated by the US trade sanctions.

Meantime, the social media campaign under the hashtag #SOSCuba was for the government to lift customs restrictions on food, medicine and hygiene products.

The critics are accusing the government of trying to quash dissent through internet outages, and rights groups have expressed alarm at the number of people arrested who remain unaccounted for.

In the United States, Cuban-American Senator Marco Rubio (Rep), have called for the Biden administration to condemn the Cuban regime.