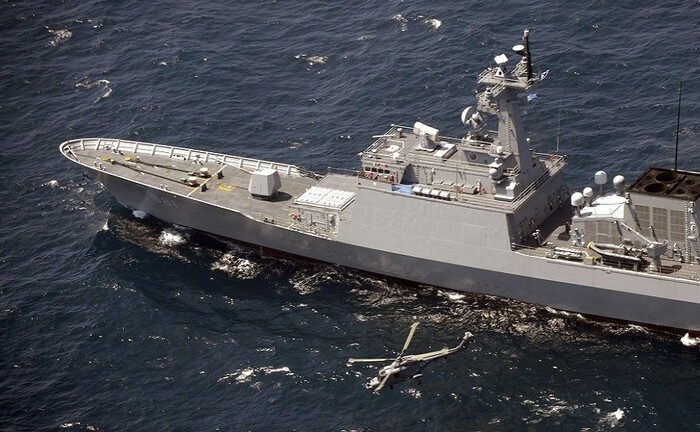 South Korea’s ministry of defence has moved its anti-piracy naval unit operating near the Strait of Hormuz away from the waterway. The move aimed at representing a positive step ahead of talks with Iran over the seized oil tanker, Shafaq News has learned.

In fact, the ship was heading to the United Arab Emirates from Saudi Arabia. Twenty crew members, including five Koreans, became the hostages. Thus, the recent Seoul’s move is just “a friendly signal to Iran ahead of the negotiations.

“To create a good atmosphere for the negotiations, the Cheonghae Unit, to which Iran has responded sensitively, was taken away (from the strait),” the source said”, the South Korean diplomats said.

Shortly after the seizure, South Korea sent the 4,400-ton Choi Young destroyer of the naval unit to the waters near the Strait of Hormuz. Iran’s ambassador in Seoul said to have expressed to Seoul his displeasure over the move.