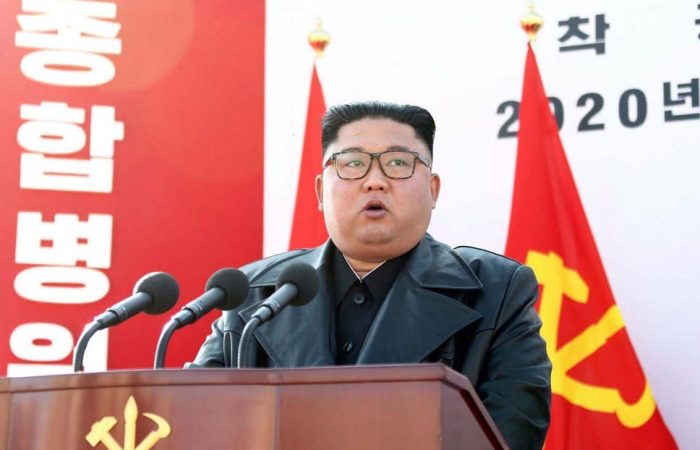 South Korea has early shown its readiness to help North Korea in the fighting coronavirus. As UPI reports, Pyongyang has not reached out for outside help.

South Korea’s foreign ministry has offered the possible assistance to its northern neighbour. On Monday, Seoul said it is «regrettable» North Korea has not asked for assistance, which is available from both the South and the United States.

The lack of response could mean Seoul is not in a position to take initial action on North Korea, where the government has claimed there have been zero cases of the novel coronavirus originated in China.

As the South Korean diplomats noted, there have been no special consultation between South Korea and the United States, however, both countries are ready to provide assistance to North Korea if it asked to.

«The most important thing is North Korea must respond positively such that negotiations can begin between the two Koreas, and between the United States and South Korea,» the foreign ministry source said.

South Korea and the US: cooperation remains a key aspect amid virus outbreak

On March 1, during a national anniversary, President Moon Jae-in said he hoped for joint cooperation between the health sectors of the two Koreas. South Korea has offered to help the North on the novel coronavirus, too.

As of Monday, Pyongyang could be in a precarious position while the country has claimed zero cases. Requesting help and virus testing kits could bring into question North Korea’s official statements since the novel pathogen outbreak began in China last December.

The US and South Korea voiced concern about the health situation in North Korea. At any case, the rising number of cases in the United States and South Korea may be posing challenges to extend assistance to different nations including North Korea, amid a shortage of supplies. Despite that, cooperation between Washington and Seoul is a key aspect, the diplomats said.

South Korea was one of the first countries to experience a scale outbreak of pathogen. The National Medical Center warned Monday at a press conference South Korea must be prepared for a «long-term» fight against the COVID-19.