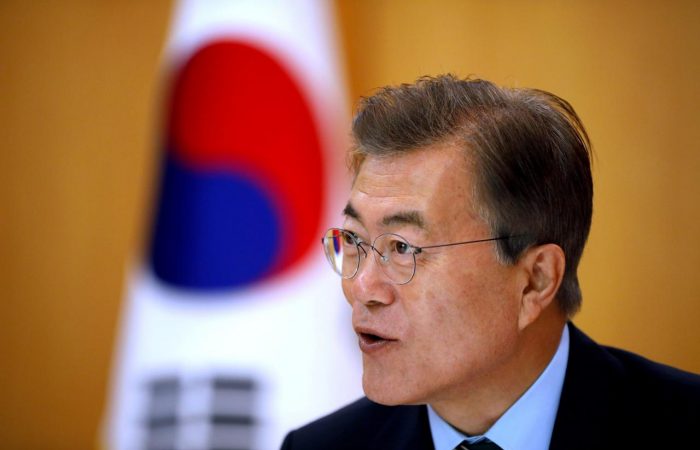 South Korea’s Agency for Defense Development (ADD) reported on a successful missile test launch from submarine. In the frame of KSS III program, on 15 September, the K-SLBM was launched off Taean in South Chungcheong province, Naval News reports.

South Korea’s President Moon Jae-in and the Defence Minister Seo Wook were on the spot for observation while the missile was launching last week. The Korean-made SLBM launched from the submarine under seawater flew 400 km, exactly hitting the target after flying the planned firing range.

The ADD intentionally reduced the firing range this time to make the SLBM falls within the Korean territorial water. This was the third test of the missile, according to the Ministry of National Defence’s statement. With this launch, South Korea is the 7th nation in the world that succeeded in underwater SLBM launch.

“North Korea was not mentioned as the 7th SLBM state since we are not able to confirm whether its SLBM Pukguksung was launched from an actual submarine,” the MoD statement reads.

Commenting on the important launch of K-SLBM, the ADD said they have conducted tests several times by setting environment similar to the submerged launch status, by which we proved missiles of that type.

ROK’s possession of an SLBM carries the significance of securing deterrence against omnidirectional threats, President Moon said. The South Korean leader added as well that the country will play a key role in building our self-defence capability and peace on the Korean Peninsula.

While denying that Wednesday’s SLBM test was in direct response to the North’s recent missile tests, Moon said that the missile can be a clear deterrent to North Korea’s provocations. As the submarine launch was successful, K-SLBM will go through additional evaluation to be delivered to the Korean Navy.