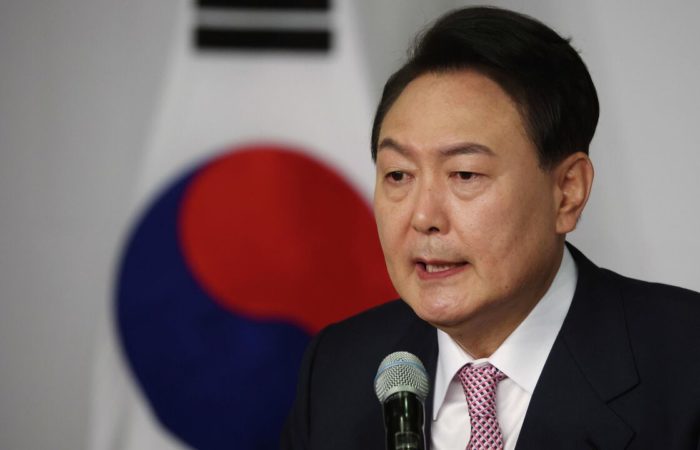 “It is necessary to respect the sovereignty, territorial integrity and political independence of Ukraine … We will continue to expand our humanitarian assistance to Ukraine,” Yun Seok Yeol said, condemning the Russian special operation in Ukraine.

⠀
As noted by the Yonhap agency, at the same time, Yoon Seok-yeol’s seat at the summit was adjacent to the head of the Russian Foreign Ministry, Sergei Lavrov. In the photo of the agency, they shake hands.

⠀
South Korea has already pledged $100 million in humanitarian aid to Ukraine, most of which has already been delivered. First aid kits, masks and ventilators, defibrillators and other items were supplied. Part of the assistance was provided through international organizations such as the Red Cross, UNICEF, the Office of the United Nations High Commissioner for Refugees (UNHCR), the World Food Programme. In addition, the Ministry of Defense twice provided Kyiv with military goods, but not weapons, first in the amount of one billion won (approximately $816,000) and then two billion won (approximately $1.6 million). Goods included bulletproof vests, helmets, medicines, dry rations.