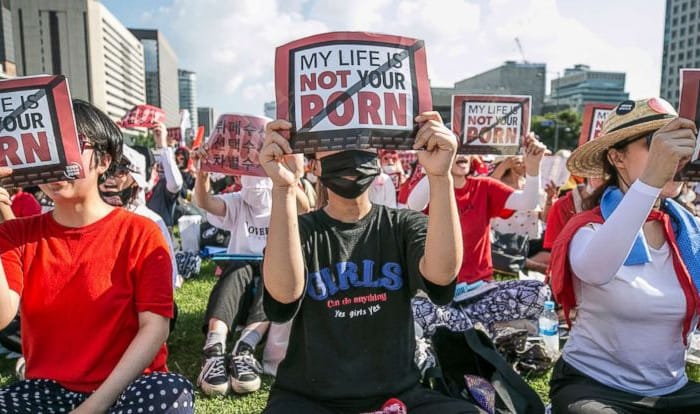 According to Seoul police, thousands of crimes go unreported while the number of spycam crimes surged from around 1,100 in 2010 to more than 6,500 last year. The miniature device is easy to install and hard to detect with an unarmed eye. As the Korea Herald reports, “It is difficult to measure how much harm the existence of the website caused our society, visibly and invisibly.”

In South Korea, it is illegal to distribute pornography or videos featuring sexual content. Despite this ban, such content 18+ are widely shared via servers based overseas or through secret file-sharing sites.

Molka has reached epidemic proportions in South Korea ver last year, the huge demonstrations by women are continuously demanding that police take action against persons who film and share the material. During a period between 2012 and 2017, of the 16,201 people arrested for molka sharing and dissemination, 98% were men, said police. No need to say that 84% of the 26,000 victims recorded over the above mentioned period were women.

President Moon Jae-in has acknowledged last year that the use of spycams had become “part of daily life” and called for tougher penalties for offenders.