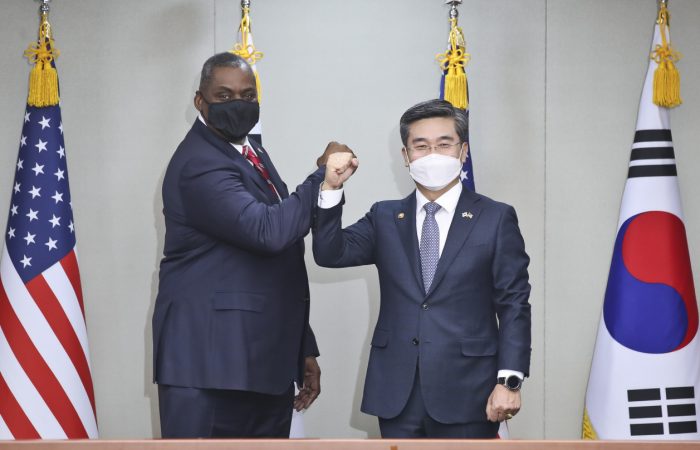 South Korean and US defence officials have reaffirmed the common goal of denuclearization. The Korean Peninsula should become absolutely clear from any kind of nuclear warfare, CGTN reported.

During the negotiation on Wednesday, the South Korean Defense Ministry’s officials and the Pentagon representatives have talked about the future of the Korean peninsula. Now, denuclearization is the main goal.

Suh Wook, South Korean Defense Minister, welcomed the U.S. Secretary of Defense Lloyd Austin who arrived earlier in the day following his trip to Japan with US Secretary of State Antony Blinken.

Both military officials, Suh and Austin, reaffirmed their common goal of completely denuclearizing the peninsula.

The top US officials, Austin and Blinken, came to Seoul after visiting Japan on the first cabinet-level overseas trip by U.S. President Joe Biden’s office members.

On Thursday, the US officials are scheduled to hold a “two plus two” meeting with their South Korean counterparts.