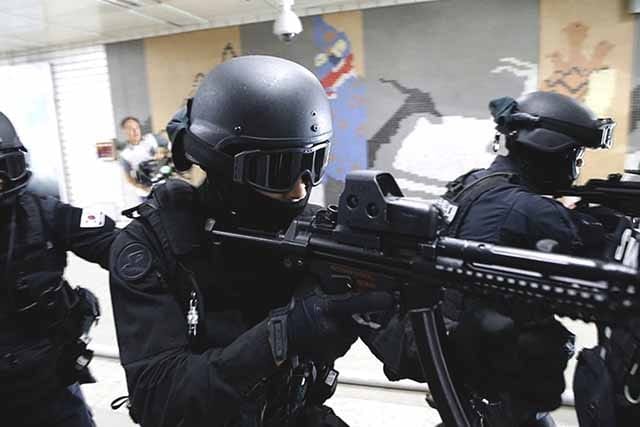 South Korea’s detachments of police, military, fire department, and local government have conducted drills at the in Seoul subway. On August 22, they simulating bomb and poisonous gas attacks at Sadang station.

South Korea policemen and military personnel refreshed their skills, together with the fire department, and local government workers they conducted drills, which are part of «Ulchi Exercises». These contingency drills are very important, taking into account the current tension over North Korea’s weapons programmes.

The personnel from the Seoul Metro, police, military, fire department participated in the exercise, 200 local officials and 60 citizens demonstrated their skills of behaviour in case of gas attack or explosion at the limited space like the subway station.

According to Ministry of the Interior and Safety, the four-days drills started on August 21, in total, about 4,000 government bodies, as well as 480,000 state employees should take part in these useful training.

“The drill simulated an explosive terror attack situation at the platform. The goal of the exercise focused on securing the safety of passengers and ensuring the safe operation of trains,” said Seoul Metro General Manager Baek Hyung-Jae.