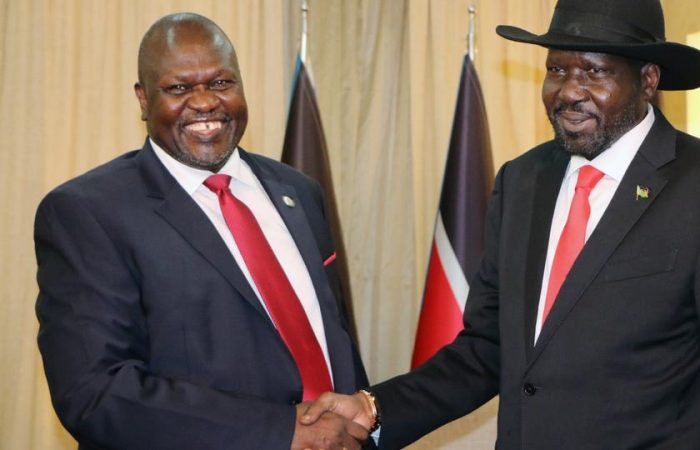 South Sudan’s parties aren’t ready to keep the joint control over the country. Amid the political deadlock, lack of trust between the SPLM and the SPLM-IO could jeopardize the peace agreement.

South Sudan’s President Salva Kiir urged the opposition leaders to form the presidency right after he won in the presidential race in February. But while they managed to name a cabinet and nine state governors, they have yet to agree on the state and county governments, Radio Tamazuj reports Wednesday.

A half a year after, the peace deal is at loggerheads over the distribution of the 10 states’ counties, an issue that some observers say could slow the peace process, according to Albino Akol Atak, the Other Political Parties (OPP) coordinator.

He pointed out that the president’s side declined to relinquish four counties in the administrative areas of Greater Pibor and Ruweng. Both South Sudanese parties reached a deadlock, and all meetings have been suspended after the government delegation requested a break for further consultations. «Currently, we are in the third week with nothing new,» said Albino.

Under the current situation, the stumbling block of their discussion is in the number of the counties to be shared out between the parties. While Kiir’s side talks about 75 counties, the opposition groups are insisting on about 79 counties.

President Salva Kiir’s party intends to retain two counties in Ruweng and two in the Greater Pibor area in contravention of the peace agreement and the presidential decision that returned the country to the 10 states.

Kornelio Kon Ngu, the leader of the National Alliance of Political Parties, confirmed the deadlock over the distribution of counties. «As far as we are concerned, the deadlock on the allocation of counties still stands. The presidential decree that returned the country to the 10 states and 79 counties is now being violated,” said Kornelio.

Kon, who is also a member of the OPP, said that lack of trust between the SPLM and the SPLM-IO could jeopardize the peace deal. I

South Sudan ended five years of civil war in 2018, but disputes between the parties to the peace agreement and financial constraints have been major obstacles to completing the peace process.