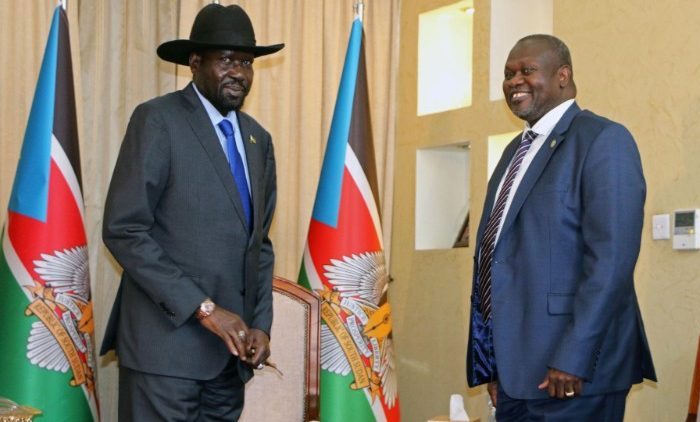 South Sudan’s rival leaders have agreed to act as the united front in the efforts to form a coalition government. Both politicians are ready to meet the February deadline after Washington has pressured them.

For both South Sudan President Salva Kiir and opposition leader Riek Machar, it is right time o form the unity and to deliver their promises on meeting a deadline, February 22.

On Thursday, South African Deputy President David Mabuza said that the politician rivals in their latest talks this week also agreed that key outstanding issues under the country’s 2018 peace concord would be arbitrated within 90 days of the new Cabinet formation.

Last November, both Kiir and Machar haven’t met the deadline, the United States observers said. Now, the White House and others have pressured South Sudan’s rival leaders to meet the Feb. 22 deadline. For South Sudan, which won independence in 2015, the forming of the unite government remains a vital issue.

During the five-year-long civil war, nearly 400,000 people were killed and millions displaced. As UN reports, the African country is in the deepest ever crisis, political and social. But the most alarming thing is hunger. According to Mr Mabuza, food question will be submitted to other signatories of the peace deal.

Certain security issues are also outstanding but there is progress, South African Deputy President David Mabuza said. Military generals from neighbouring Uganda and Sudan are leading the process of training and screening the national army as it combines with thousands of formerly armed opposition members.

«Yes, we have not covered everything that should be covered, but there is commitment things are going to come right,” Mabuza said.

Five special envoys from Sudan, Uganda, Kenya, South Africa and the East African regional body were part of the meetings.