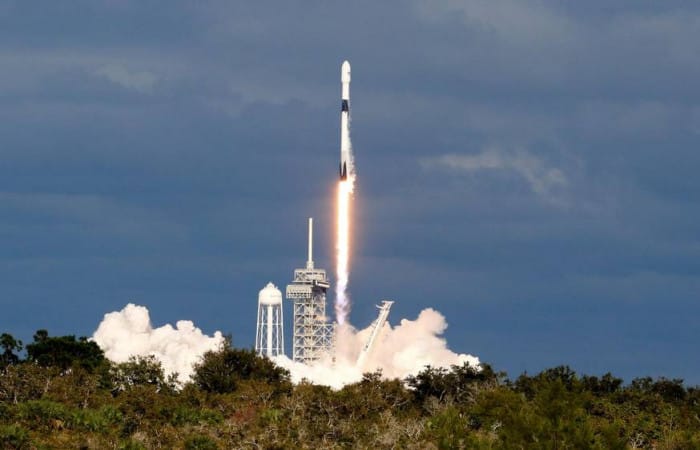 SpaceX set the new record when it launched Falcon 9 rocket and sent 64 satellites into Erath orbit at once. The  SSO-A mission has marked the third voyage to space for the same Falcon 9 rocket, that is another record for Elon Musk’s company.

SpaceX’s another milestone is really impressive: cost-cutting reusable rocket technology has a bright perspective, undoubtedly. The Falcon rockets now are like airplanes because of their re-usability. Elon Musk’s company said the mission was “one of the most complex and intricate endeavours” for Seattle-based startup Spaceflight, the ride-share company that arranged passage for each satellite maker.

The booster then fired its engines and made a controlled, upright landing on a platform in the Pacific Ocean, video from SpaceX’s live webcast showed. After the launch, the Falcon 9’s first-stage booster returned to earth as planned, landing on a ship off the coast of California.

For SpaceX, the successful launch is an attempt to prove that using many smaller and cheaper satellites can accomplish the same task as larger and more expensive satellites.

Elon Musk confirmed the greatest success of SpaceX, writing on Twitter: that rocket Falcon fairing halves missed the net but touched down softly in the water. “Plan is to dry them out and launch again. Nothing wrong with a little swim,” he added.