Spain to trigger direct rule over Catalonia as deadline passes 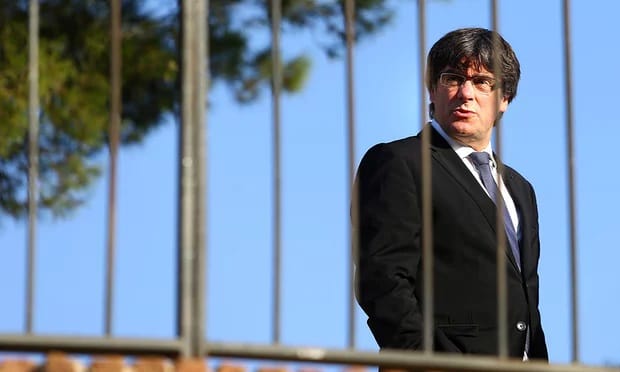 Spain is waiting for the simple answer from Catalonia, the north-east region’s referendum require certain steps. While deadline passes, Spain to trigger direct rule over Catalonia, that’s the vision of the government.

The biggest political crisis in Spain should be over within next hours, the government is to suspend Catalonia’s autonomy and impose direct rule after the separatists’ leader Carles Puigdemont refused to abandon the push for independence.

The announcement of the unprecedented measure came after Mr Puigdemont threatened a unilateral declaration of independence if the government did not agree to negotiations on the issue. In his turn, the prime minister sees no need to talk about the independence if it doesn’t announce.

On Thursday morning, Puigdemont sent a letter to PM Mariano Rajoy, the Catalonia leader said discussions were the only way to avert the crisis, as the deadline set by Madrid for the region to abandon its independence plans passed today. And it is pretty logically that Puigdemont accused Spanish authorities of seeking to repress the independence movement.

“The suspension [of the independence declaration] is still in place. The [Spanish] state is entitled to decide to apply article 155 if it secures the senate’s approval,”

Puigdemont wrote in his letter to Rajoy. He also warned if the Spanish government persists in hindering dialogue and continues with its repression, the Catalan parliament could proceed to vote on the formal declaration of independence. Rather interesting state of affairs, taking into account that the deadline for declaring the Catalonian independence is already passed.

On Thursday, the Spanish government issued the statement, which reads:

“At an emergency meeting on Saturday, the cabinet will approve measures to be put before the senate to protect the general interest of Spaniards, including the citizens of Catalonia, and to restore constitutional order in the autonomous community.”

The Catalan authorities were also criticised for its ‘deliberately and systematically seeking institutional confrontation’, despite the serious damage it’s causing to coexistence and Catalonia’s economy. Moreover, the separatists’ leader has ignored Rajoy’s demand to clarify whether or not independence has been declared.

Carles Puigdemont has instead proposed that the effects of an independence declaration be suspended for two months while both sides open dialogue aimed at resolving the standoff.