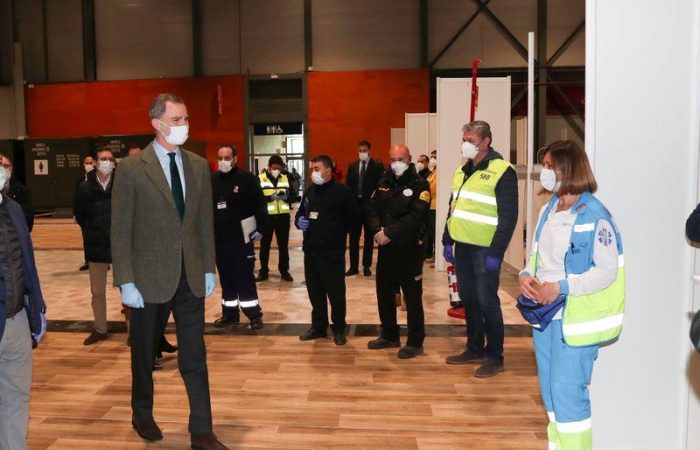 Spain’s monarch attended the conference in Madrid on Monday where he gave a speech. The economy minister and many officials also were among the audience of an event dedicated to the innovation foundation Cotec.

King Felipe, Cotec’s president of honour, decided to take part in the public event despite the strict lockdown rules. The meeting took place at the headquarters of telecom firm Telefonica. According to the taken pictures on the Spanish Royal House’s Twitter account, at least 20 people at the event held by Cotec Foundation.

At the event, the foundation released its annual report and held a roundtable discussion on the health crisis.

While Spain is easing restrictions and regulations vary according to regions, such big event raises questions. As the health ministry rules say, gatherings of more than 10 people are still prohibited in Madrid, however, the photos showed another scale of the event.

The Royal House, Telefonica and economy ministry did not comment, while Cotec’s communication director Juan Gomez said only nine people had been invited, including speakers, and he did not know who the others were.

Gomez did not know of an exception to lockdown rules being requested, though he said the event was of a work rather than public event nature. The health ministry did not respond to a request for comment on any possible exception for the event.

«I am sure we will overcome the challenge we are living through now, in solidarity,» said King Felipe, according to a transcript from his office.

In fact, both King Felipe and Queen Letizia preferred to communicate through videoconference amid the coronavirus outbreak. Their official accounts report many royal online meetings by Zoom.

Obeying the lockdown rules, most attendees wore masks and kept at least two empty seats between each of them, in keeping with social distancing practice, according to the images.