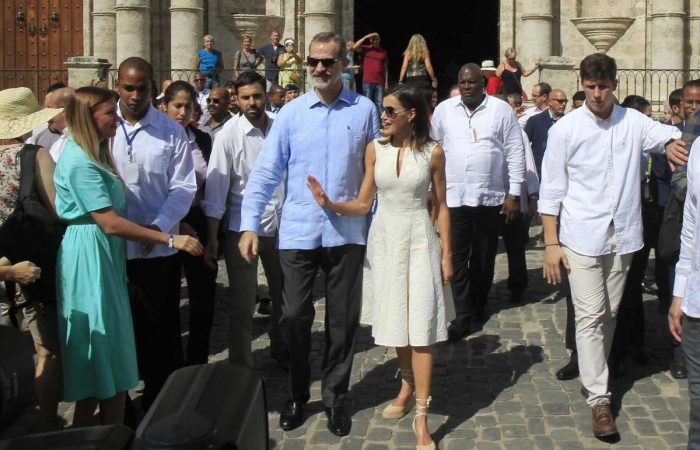 A member of the Spanish royal family that once ruled the Caribbean island has touched the Cuban soil for the first time in modern history. In fact, Felipe’s father, King Juan Carlos, never made a state visit to Cuba during his four decades on the throne. Pressure from conservative political parties nixed any chance of a visit.

The new generation of royals thinks differently and wider. King and Queen started their official activities by offering a wreath at a monument to José Martí, a hero of Cuba’s 19th-century fight for independence from Spain.

After their meeting in Cuba’s Palace of the Revolution, the king and president signed an agreement whose details were not immediately disclosed.

Royal visit to Cuba caused a wave of criticism in Spain

Felipe’s trip to Cuba has sparked criticism from right-wing politicians in Spain and inspired critical opinion pieces in conservative-leaning newspapers. According to supporters, royal trip is a step forward for normal relations between Spain and its former Carribean colony.

The royal couple’s schedule includes meetings with cultural figures and entrepreneurs but protocol advised to avoid any interaction with members of Cuba’s illegal political opposition.

Actually, the ties between the kingdom and its former colony are tighter than people used to think. Spanish hoteliers and touristic businesses serve hundreds of thousands of travellers to Cuba each year, and hundreds of thousands of Cubans have claimed Spanish citizenship through laws granting passports to the children and grandchildren of Spanish immigrants.

The former Spanish ruler Juan Carlos did travel to Havana in 1999 for the Ibero-American Summit. He also returned to the island after he had abdicated to attend the funeral of Fidel Castro in November 2016.