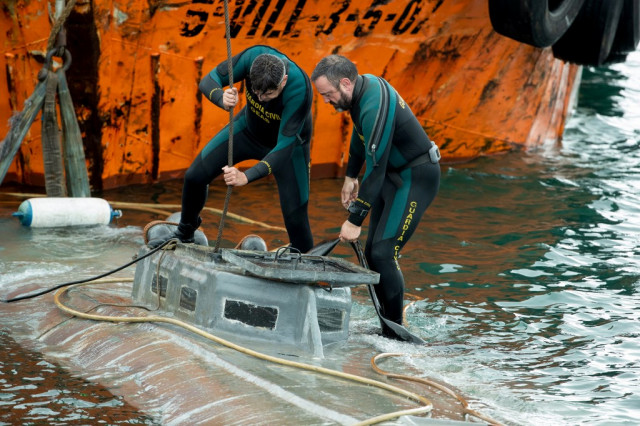 Two Ecuadorans and one Spaniard were arrested by Spain’s police as they tried to escape from the submarine carrying three tonnes of cocaine worth 100 million euros, The Local Spain said.

Police of the northwestern region of Galicia, Spain have intercepted the 20-metre submarine carried a huge haul of cocaine. According to the report, there were three men on the submarine, while the fourth associate «who provided ground support» was also arrested in the Galician city of Vigo later.

«A Spanish occupant of the submarine was arrested today,» a police spokesman said Friday.

For Spanish police, it was the first of its kind cocaine haul seized in Galicia. A total of 240 agents took part in the operation, which was carried out in cooperation with police from Britain, Brazil, Portugal and the United States.

According to the investigators, the main source of cocaine is still Latin America. The most serious trafficker is Colombia, and the traffickers have been caught using submarines to transport cocaine into Mexico and the United States.

The Spanish police said the seizure was «the first time that this system of transporting drugs has been detected in Europe». It has been estimated that drug cartels have to date built around 1,000 so-called narco submarines.

Galicia’s rugged Atlantic coast with hundreds of hidden coves, inlets and desolate beaches has for years been the gateway for illegal drugs into Spain and Europe.

As of November 2019, Spain accounted for the second-highest proportion of cocaine seizures in the European Union last year.