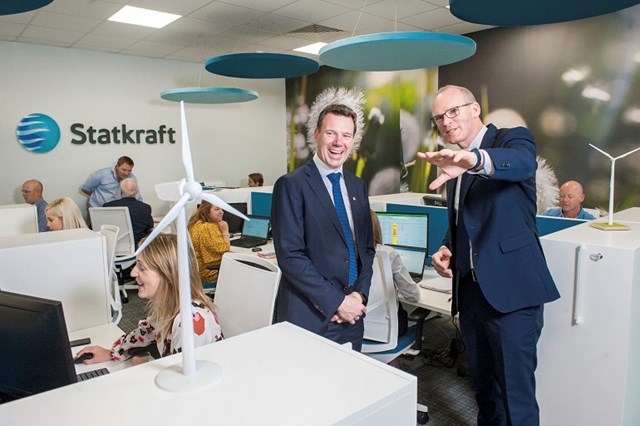 Europe’s largest producer of renewable energy company plans to develop and construct its first own wind farm in Germany. According to Statkraft, up to six wind turbines with a total capacity of up to 36 megawatts are to be installed in the Wesertal valley in northern Hesse by 2025.

With the Oedelsheim wind farm, we are creating the basis for our market entry in Germany, Claus Urbanke said. The ambitious project is an important step in achieving our Group strategy of developing 8,000 megawatts of wind and solar energy worldwide by 2025.

The Oedelsheim wind farm is the first project in Germany, which means a lot for the country. In addition to Norway, Sweden, the UK and Ireland the Norwegian state-owned company is currently expanding its project development business in Germany, France, Italy, the Netherlands and Spain.

According to Statkraft’s plans, the Wesertal and Uslar communities will get the opportunity to participate financially in the wind farm with a citizen wind turbine and an additional subordinated loan, REVE reported.

Statkraft will also offer the municipalities the maximum amount of 0.2 cents for each kilowatt-hour generated, which has been permitted under the EEG since January 2021. This additional revenue for the municipalities can add up to around EUR160,000 per year.