Stella McCartney has created a new collection of clothes and footwear for the legendary brand Adidas. Ahead of the Australian Open 2017 later this month, the British designer offered bright colours and traditional comfort. Wearing the items from Stella’s Barricade SS17 is a pure pleasure for the athletes. Famous British designer creates the unforgettable, beautiful and very functional outfits.

The Australian Open 2017 inspired Stella McCartney for the new collection, Barricade SS17 for both men and women are available on the official adidas site. The new items were designed for Melbourne’s challenging playing conditions to boost both style and performance on the tennis court.

The Barricade collection became a classical one, and this year, it has been reimagined for the new season. The fresh colour palette of white/orange is an allusion to Melbourn atmosphere 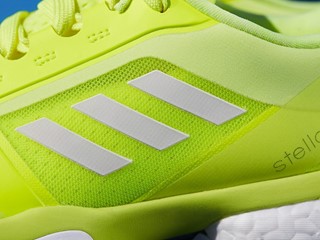 . Stella likes to employ adidas technology to help combat the heat, which provides difficult conditions for even the best players.

The Australian Open starts in Melbourne on January 16, the final matches will identify the champions on Jan 28-29. Among the Adidas fans are Angelique Kerber, Sascha Zverev, Jo-Wilfried Tsonga and Dominic Thiem, all of them set to wear the Melbourne and Barricade collections on the court. In the season 2017, Garbiñe Muguruza and Caroline Wozniacki will debut the new adidas by Stella McCartney Barricade range as well.