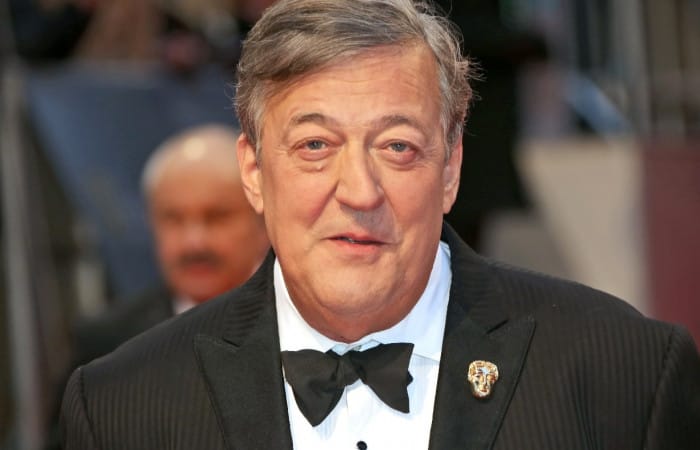 Stephen Fry has a great experience in the hosting of BAFTA Film Awards, in 2018, the British actor decided to step down as its host.

Stephen Fry has fronted the BAFTA ceremony a dozen times, probably, that made him tired. The famous actor spent 12 years as a host of this ceremony and said it was “only right to stand down and let others take the Baftas on to new heights and greater glories”.

In 2018, several candidates could replace Mr Fry, among them is James Corden, a reliable MC who would appeal to the US audience, which is key for BAFTA, Ricky Gervais, another British comedian with a big US presence after hosting the Golden Globes. Of course, Hugh Laurie’s candidacy is the most possible, he even is better than Fry. No need to forget about Richard Ayoade, the comic actor and TV host is also an acclaimed film-maker.

Stephen Fry about his BAFTA’s years

The comedian-actor who brilliantly played Jeeves in the 90s, first hosted the awards in 2001, the year Gladiator won The Best Picture and has become a much-loved fixture thanks to his affectionate and occasionally risque ribbing of celebrity guests. In fact, Fry is one of the most adorable actors in the UK, the Britons highly appreciate his sense of humour!

However, BAFTA host Fry had a break from hosting duties between 2007-11, later he appeared again and hosted several wonderful ceremonies. Film Awards thanked him for making the awards “such memorable and joyous occasions”. A replacement will be named on Tuesday when 2018  nominees are revealed.

Stephen Fry wished all them luck and joy and jokingly added:

“What fun it will be to watch Bafta 2018 without my heart hammering, mouth drying and knees trembling.”