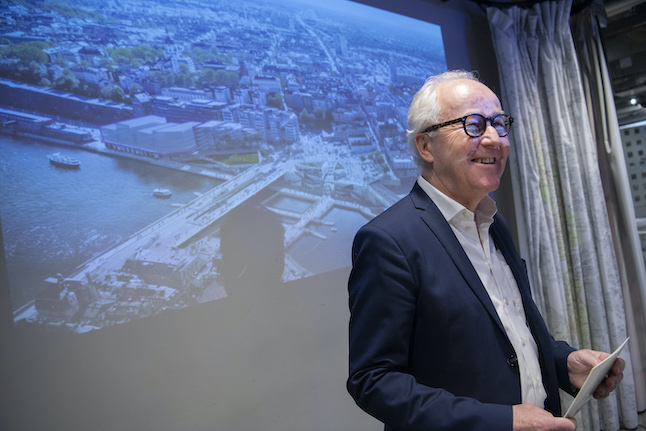 The planned “Nobel Center” in the heart of Stockholm will be built in another place, The Local Sweden reports. An ambitious centre for activities surrounding the Nobel Prizes has found a new home, not so far from the capital city.

In 2018, a Swedish court ruled against the construction of the controversial building of the Nobel Centre. The municipality has revised the original version of the planned building in the heart of Stockholm, saying it “would affect the readability of Stockholm’s historical development as a port, shipping and trading city”.

Thus, the Nobel Foundation has been busy with finding a new architectural solution in a new place. The proposed Nobel Center, which will house a museum and serve as a site for the Nobel foundation’s outreach activities, has had many critics. Even the monarch, King Carl XVI Gustaf, wasn’ delighted with its planned size, location and colour.

“This will be a new beginning for our efforts to make the Nobel Center a reality,” Lars Heikensten, Executive Director of the Nobel Foundation, said in a statement Friday.

Nobel Centre will be built in a new place

As the entre top management decided, the new site for new Nobel Centre is in the area of Slussen, which connects two of Stockholm’s islands and is about one kilometre from the originally intended Blasieholmen peninsula. As Mr Heikensten added, the centre will “assume a new shape on a new site.”

In rejecting the building permit the court said the construction would “cause significant damage” to the preservation of Blasieholmen’s cultural heritage and environment.

The Nobel Foundation had originally hoped to launch work on the new centre in 2017, but now aims for 2025 or 2026. The foundation said on Friday it will now “initiate the process of seeking funding for the project and appointing an architect.”