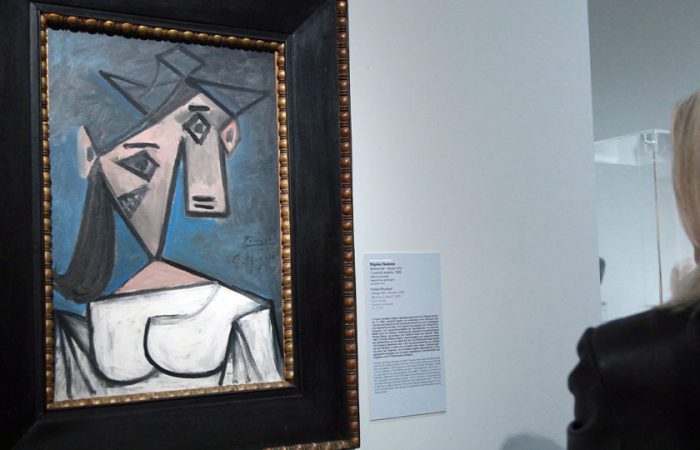 The enigmatical Pablo Picasso painting, ‘Woman’s head’, was found with a damaged work by Dutch painter Piet Mondrian in a warehouse about 50 kilometres from Athens, Greece.

The paintings were stolen in 2012 when the thieves deliberately triggered the Greek gallery’s security alarm in order to distract the guards. Following their security protocol, guards have eventually turned an alarm off for a short time and allowed criminals to steal the pair of masterpieces.

Among stolen painting were Pablo Picasso’s 1939 artwork, titled “Woman’s Head”, as well as a painting of a windmill by Piet Mondrian dating back to 1905. The thieves attempted to steal a second painting by the Dutch artist during the heist but dropped it while escaping.

Both artworks were successfully returned on June 28, with an anonymous Greek police official reporting that the art was found at a gorge on the vicinities of Athens with a man being arrested.

The painting, which shows a woman in his recognisable cubist style, was given as a gift of thanks to Greece for their resistance to the Nazi era, The Independent reports.