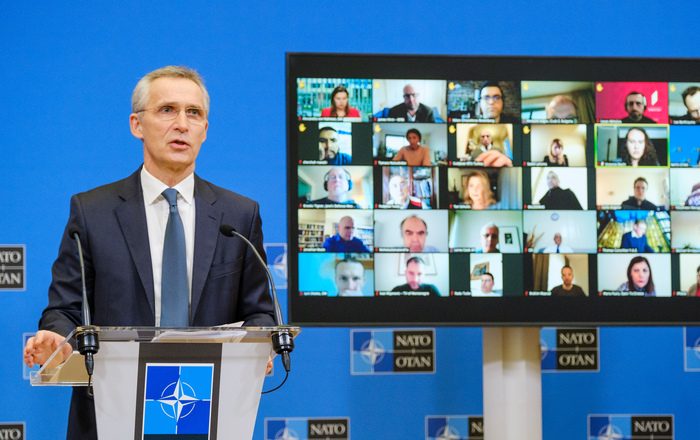 NATO’s chief stressed that the cooperation between the EU and Alliance has been lifted to an unprecedented level over the past. During the second day of the EU leaders’ virtual summit, Jens Stoltenberg urged for even stronger unity.

The NATO chief participates in the EU heads of state and government discussion about the Alliance’s security and defence policy. Taking into account the current strengthening of China and Russia, it is time to work with the EU to solid resilience and cyber defence capacities. Additionally, Stoltenberg urged member nations to counter the effects of climate change.

The European Council President Charles Michel also takes part in the virtual NATO summit. He also noted that the cooperation between the EU and NATO brings “more stability and predictability in our neighbourhood.” First of all, it is adapting to new threats of disinformation, hybrid and cyber warfare, as well as strengthening industrial and technical capabilities.

“Over the past years, we were able to lift the cooperation between EU and NATO to an unprecedented level,” Stoltenberg pointed out.