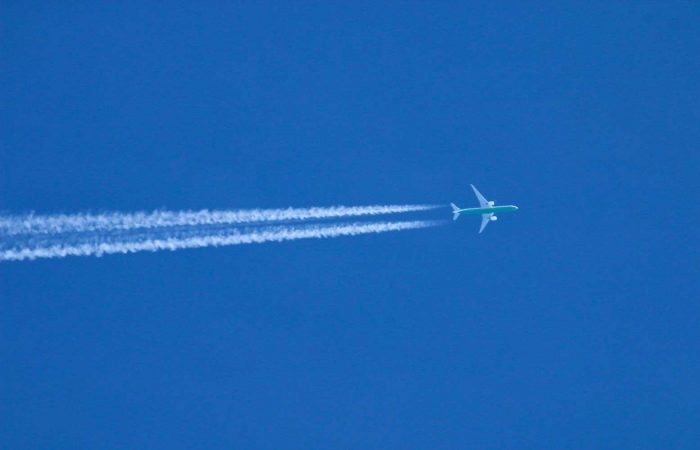 The recent study conducted by Manchester Metropolitan University showed that global air transport accounts for 3.5 percent of anthropogenic climate warming. The study was published in the journal Atmospheric Environment on September 3, 2020.

A comprehensive international study led by Manchester Metropolitan University and involving the German Aerospace Center have proven that global warming depends on air transport’s intensity. In fact, the only one-third of aviation’s climate impact is due to CO2 emissions and two-thirds to non-CO2 effects, with contrails and the resulting cirrus clouds being the most significant factor.

The current study opens a new chapter in the analysis of the climate impact of air transport, Evwind reports. The researchers have analysed all the factors that the air transport industry has contributed to climate change since its inception/ Among them are:

The study also includes other climate-relevant emissions such as water vapour, soot, aerosols and sulphate aerosol particles found in the exhaust plumes of aircraft engines.

The researchers have presented the new metric is known as Effective Radiative Forcing (ERF). It represents the difference in the balance between the energy arriving at Earth from the Sun and the energy emitted by Earth since pre-industrial times.

Thanks to the ERF, the radiation budget of Earth’s atmosphere becomes the focal point of the analysis. For the first time, the effects of spatially inhomogeneous phenomena — how the occurrence and effects of contrails vary globally depending on air traffic and weather conditions — have been taken into account in calculations.

“Using the new ERF metric, we found that contrails have less than half of the previously estimated climate impact, but still make air transport’s largest contribution to global warming,” explains Robert Sausen from the DLR Institute of Atmospheric Physics in Oberpfaffenhofen.

According to the study, about 32.6 billion tonnes of CO2 have been emitted by global air transport throughout the period of time between 1940 and 2018. But the most important, half of the total cumulative carbon dioxide emissions were generated in the last 20 years alone.

The researchers stress that figure of 32.6 billion tonnes represents around 1.5 percent of total anthropogenic CO2 emissions. If the non-carbon-dioxide effects are included, the share of air transport in all human activities that drive global warming is calculated at 3.5 percent.

Thanks to the recent study, it will be possible to compare the climate change impact of air transport with other sectors. Maritime traffic, ground transport, and energy production also have their own impact on global warming while innovative technologies are able to limit climate impact.

Institutions participating in the study under the leadership of Manchester Metropolitan University MMU (GB):