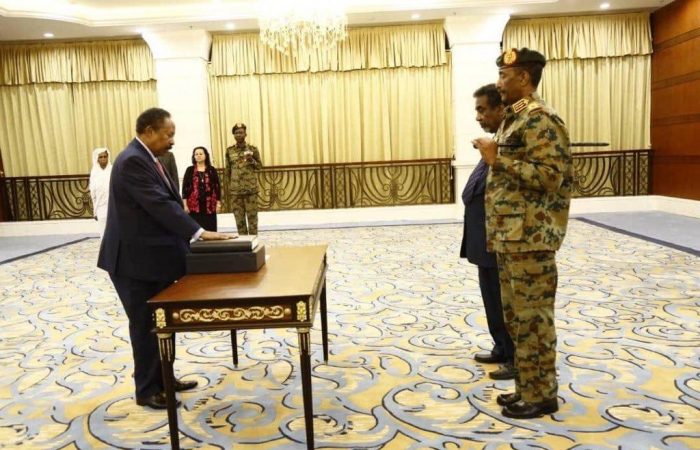 Sudan’s political transformation resulted in the appointment of the new prime minister while General Abdel Fattah al-Burhan, the outgoing head of the military council, was sworn in as leader of the new Sovereign Council.

Suan has left the decades of autocratic rule behind, freedom, peace and justice become the new top priorities fr Sudanese politicians and militaries.

“The revolution’s deep-rooted slogan, ‘freedom, peace and justice,’ will form the programme of the transitional period,” the new PM said at a news conference in the capital Khartoum.

The Western allies like London, Washington and Oslo hailed Abdalla Hamdok’s appointment, calling it a historic moment for the African state and urged the military to “engage constructively” with the new Cabinet.

The turbulent period of protests and violence in Sudan is over, including a crackdown on a protest camp outside the Defence Ministry that opposition medics say killed more than 100 people in June. The substantial changes in Sudan have evoked memories of the Arab Spring uprisings that swept across many of the region’s countries in 2011.

The transformation becomes an opportunity to rebuild a stable economy and create a cabinet that respects human rights and personal freedoms, the experts believe.

The composition of the 11-member Sovereign Council that will run the country for the transition period, superseding the military council which has been disbanded, was completed on Tuesday, consisting of six civilian and five military figures.

The Sovereign Council, which held its first meeting shortly after the members’ swearing-in, is now the highest authority in the country but will largely delegate executive powers to a Cabinet of ministers led by the prime minister.

The nomination of Hamdok to the role underlines the daunting task of repairing an economy battered by years of U.S. sanctions and government mismanagement during Bashir’s 30-year rule.