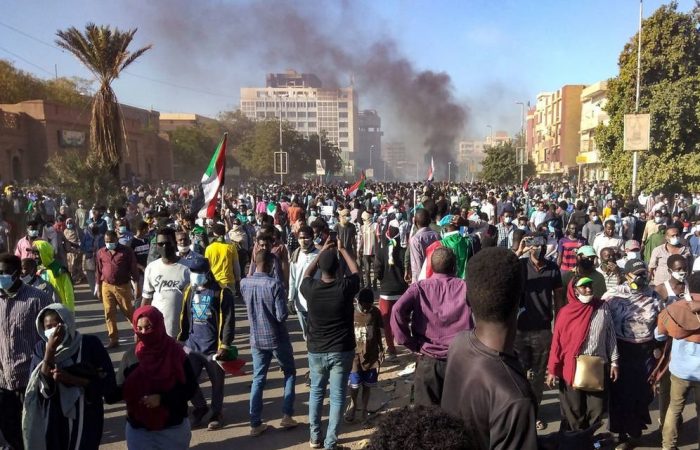 Sudan continues its long history of military coups, the African nation’s authorities have cut the internet and phone lines, while armed officers blocked key bridges across the Nile river connecting the capital city Khartoum to its outskirts, according to AFP.

Over two years, Sudan has undergone a fragile journey toward civilian rule. After ousting of Omar al-Bashir in 2019, the poor African country has been plunged into turmoil.

Prime Minister Abdalla Hamdok was detained by the new authorities but reinstated on November 21, but mass protests have continued as demonstrators distrust veteran General Abdel Fattah al-Burhan and his promises of transforming the country into a democratic nation.

During the rallies, five people were shot dead in Khartoum when security forces cracked down on mass rallies that saw tens of thousands take to the streets chanting “no to military rule”. To avoid the escalation of the protests, soldiers in armoured vehicles mounted with heavy machine guns were posted at strategic road crossings.

Commenting on the violence on the streets, activists say 2022 will be “the year of the continuation of the resistance”.

The anti-coup activists demand both justice for the dozens killed since the military coup, as well the more than 250 killed during the mass protests that began in 2019 that paved the way for the toppling of Gen al-Bashir.

Urging the sides to stop the violence, the UN Office for the Coordination of Humanitarian Affairs said that the crisis reached its the highest level for a decade. Over 14 million people, one in three Sudanese, will need humanitarian aid next year, the UN added.