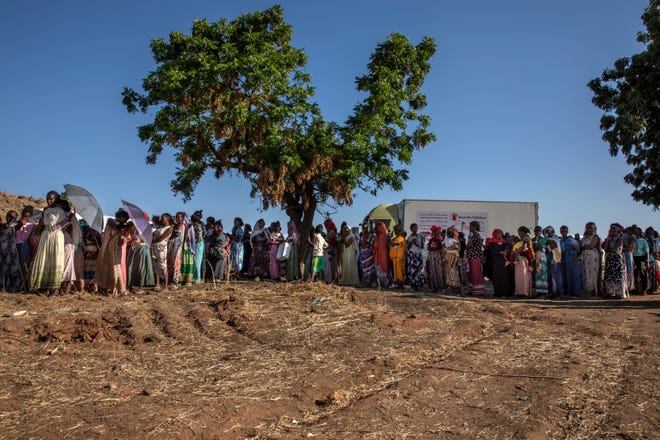 Sudan’s Rapid Support Forces (RSF) have reported on the seizure of significant amounts of weapons, ammunition and military equipment. The clandestine located on the Sudanese eastern border with Ethiopia, SUNA news agency says.

Sudan forces made the announcement on Saturday of the seizure in Kassala state. The haul included a number of mortar rounds and assault weapons, according to the RSF’s report. The seizure was a part of the operations carried out by the Sudanese security forces on the borderline in anticipation of any security threat from the Ethiopian side.

Over two weeks of the armed conflict in the Tigray region, at least 40,000 Tigrayan refugees have fled Ethiopia into Sudan. That fact is overwhelming the local authorities with the UN warning of a humanitarian disaster.

The RSF did not specify the threat to security. However, fighting has raged for three weeks in neighbouring Ethiopia between federal troops and forces of the northern Tigray region.

In his efforts to calm the armed conflict in Tigray, Ethiopia’s PM Abiy Ahmed announced the end of military operations in Tigray on Saturday after the army said it was in “full control” of the Tigray capital, Mekele.

However, a few hours later, the Tigray People’s Liberation Front (TPLF) said the heavily armed rebel forces would keep fighting the federal brigades. The international community has expressed concern that a drawn-out conflict is destabilizing the wider Horn of Africa region.