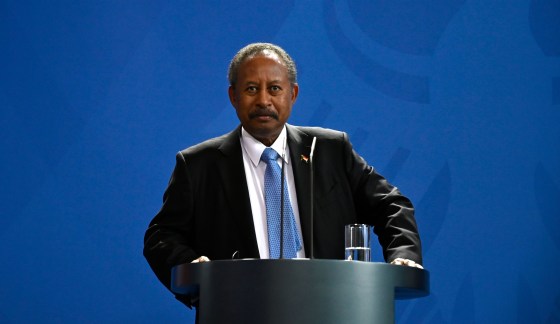 Sudan’s prime minister Abdalla Hamdok announced his resignation in a televised national address Sunday. Commenting on his move, the PM called for a dialogue to agree on a “national charter” to complete the transition to democracy.

Hours before Hamdok’s resignation, the Sudanese security forces violently dispersed pro-democracy demonstrators, killing at least three people. PM made the hard decision amid political deadlock and widespread anti-coup protests aimed at the democratization of the African country after ousting of the long-time ruler, Omar al-Bashir, in 2019.

Hamdok is an ex-UN official who used to be seen as the civilian face of Sudan’s transitional government. In fact, he had been reinstated as prime minister in November as part of an agreement with the military following the October coup. In that time he had failed to name a Cabinet and his resignation throws Sudan into political uncertainty amid uphill security and economic challenges.

“I decided to return the responsibility and declare my resignation as prime minister,” Hamdock said, adding that his stepping down would allow a chance for another person to lead the nation and complete its transition to a “civilian, democratic country.”

Commenting on his move, PM said his efforts to bridge the widening gap and settle disputes among the political forces have failed, Associated Press reports.

The prime minister has confessed that he did his best to prevent our country from sliding into a disaster. Now, Sudan is going through a dangerous turning point that could threaten its survival unless it is urgently rectified.

The US commented on Sudan’s PM resignation

Allegations surfaced last month of sexual violence, including rape and gang rape by security forces against female protesters, according to the United Nations. The ruling sovereign council has vowed to investigate violence against the protesters.

On Saturday, Secretary of State Antony Blinken urged security forces to “immediately cease the use of deadly force against protesters” and to hold those responsible for violence accountable.

“We do not want to return to the past, and are prepared to respond to those who seek to block the aspirations of the Sudanese people for a civilian-led, democratic government,” Blinken added.