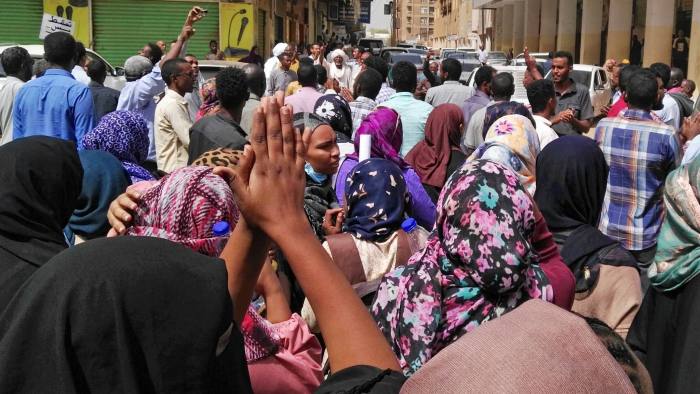 Sudan’s President Omar al-Bashir does his best to retain the power, this week, he has reshuffled his government for the third time in one year but the country-wide protests continue, FT reported.

On Friday, the ruling National Congress Party (NCP) issued the official statement, according to which a Sudanese leader delegated his powers and authority to NCP’s deputy head, Ahmed Mohamed Haroun. The final decision who would take the power in Sudan will be made at the party’s next general conference.

The political observers remind that Mr Haroun is wanted by the International Criminal Court for alleged war crimes committed in Darfur. Nevertheless, NCP’s deputy head was elected by the ruling National Congress Party as its deputy head this week.

Meanwhile, Omar al-Bashir’s opponents say he’s playing what seems like a desperate last card in his efforts to retain power. According to Murithi Mutiga, a Sudan expert at the International Crisis Group,  the national leader lost his power, Mr Bashir has no tools to fix the economy and no credible answers to the protesters’ demands, so he has thrown his lot in with the military.

The most recent wave of protests could be final for the 75-year-old Bashir despite he has survived previous ruptures in his ruling party. No need to forget that there is an international warrant for his arrest and the secession of half of his country — but the unrelenting protests and a near total collapse in the country’s economy have left him with little room for manoeuvre.

In his recent speech, Omar al-Bashir promised only that he would postpone a parliamentary vote in April on his eligibility for re-election and appoint a government of technocrats to revive the economy. Even his critics were perplexed with the weakness and lack of political will. “This is a really dangerous moment,” Mr Mutiga said. “Bashir looks really weakened but still determined to hang on.”