Suez Canal blocked in both directions 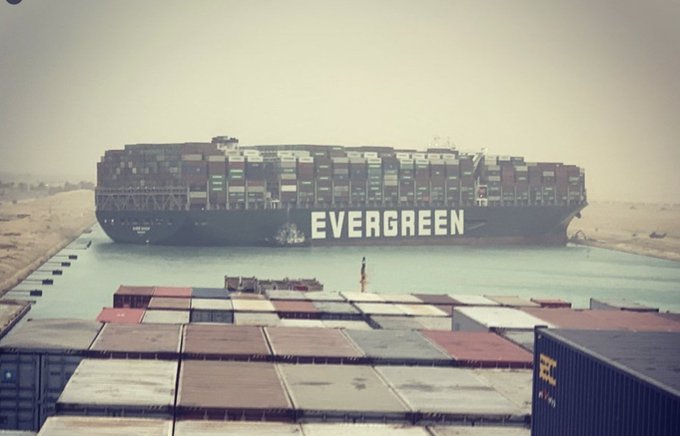 The Suez Canal had traffic clog up on Tuesday after a massive container ship (the Ever Given) got stuck in it.

One of the biggest waterways on the globe, the Suez Canal, faced the unexpected thing on Tuesday. Tug boats were trying to clear the 396-metres-long vessel so that the pileup of ships that have collected on both sides of Canal.

The Suez Canal is a man-made passage that connects the Red Sea and the Mediterranean. So, The Ever Given, which weighs 220,000 metric tons, becomes the real problem for intercontinental trade. In fact, the Suez canal gridlock could rise shipping costs and even the oil price.

According to the port officials, traffic could resume soon after workers succeeded in partially moving the 200,000-tonne behemoth on Wednesday.