Suicide bombing kills two civilians outside Turkish base in Somalia 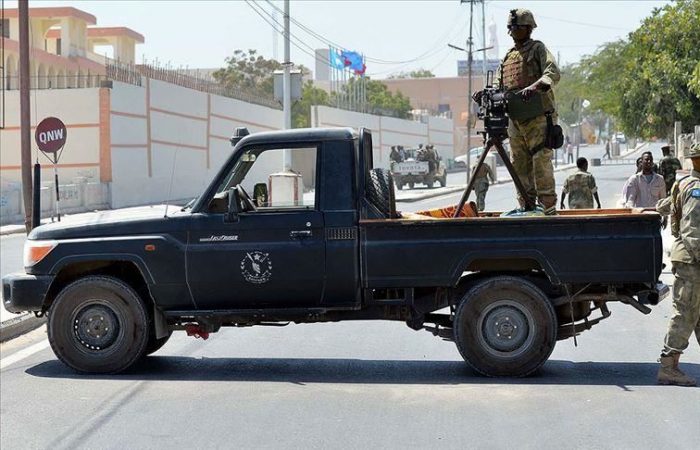 Somalian capital city’s authorities reported that no Somali soldiers were killed or injured after the suicide bombing. The tragic incident took place in Mogadishu, near the Turkish military base on Tuesday morning.

The Turkish nationals among casualties in morning attack outside Turkey’s military base in Mogadishu as a result of the suicide bombing. The blast took the lives of two civilians and suicide bomber himself, Anadolu Agency reports quoting Somali government spokesman Ismail Mukhtar Oronjo.

The terrorist attack outside Turkey’s largest overseas military base in the Somali capital Mogadishu took place after the bomber was trying to enter the military facility, the security guards.

«He pretended to be a trainee at the Turkey-Somali military academy but was shot and exploded outside the camp, killing himself and two civilians,» Oronjo said.

He added that no Somali soldiers or Turkish nationals were killed or injured in the attack.

A few hours later, there were no announcements from any terroristic cells. No group has yet claimed responsibility for the attack, but al-Shabaab militants have been known to conduct attacks in the East African country.

Last week, at least four civilians were killed, including a mother and child. On June 18, a roadside bomb in Mogadishu, Somalia’s capital, has exploded.

The blast “killed four people, all of them civilians, including a woman and her child, and three others were also wounded,» Abdullahi Abukar, a police official in Mogadishu, confirmed.

Over the years, Turkey’s military training facility was built in 2017 in the Somali capital Mogadishu. It provides training to Somali security forces.