‘Super fugitive’ mafia boss arrested after 14 years on the run 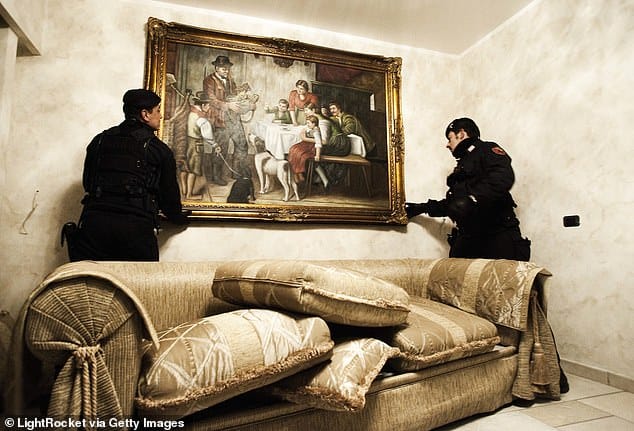 Naples’ police have successfully ended the raid and arrested the second most wanted man in a country who was on the run over 14 years, The Local Italy reported.

Marco Di Lauro who was arrested on Saturday in Naples is the fourth son of top mafia boss Paolo. The family ran the Italian criminal gang Camorra over decades, and the 38-year-old Marco apparently was tired to live on the run. Di Lauro was seized without a struggle while he was with his wife in an apartment in the Chiaiano district of Naples, the local media reported.

According to Interpol, Marco Di Lauro has committed four murders, an international arrest warrant was issued for him back in 2006.

Antonio De Iesu, The Naples police chief, hold a press conference after the raid and Di Lauro’s arrest. The police chief told journalists that  “unusual activity” had led police to the suspect, previously convicted of criminal association. Giving a thorough search to the apartment of Di Lauro, police found no weapons and a small sum of money.

Marco Di Lauro was one of Italy’s four most-wanted criminals who could become the next leader of Camorra, the Neapolitan mafia. His father was a boss of that criminal clan known for its toughest attitude and endless loyalty to the business.

Di Lauro had been on the run since escaping a police swoop in 2004 known as the “night of the handcuffs”. An informant said in 2010 that Di Lauro was responsible for at least four murders.

Father of Marco, Paolo Di Lauro, has been in prison since 2005, and Marco had reportedly taken over running the much-weakened clan. At least 130 people were killed in a bloody power struggle after the Amato-Pagano clan split from the Di Lauro clan in 2004.

Marco Di Lauro, reportedly known within the family by the code F4 for “fourth son”, had nine brothers and one sister. All the brothers are now either in prison or dead, as the Italian newspapers revealed.