Supporters of the “Shor” party blocked traffic in the center of Chisinau. 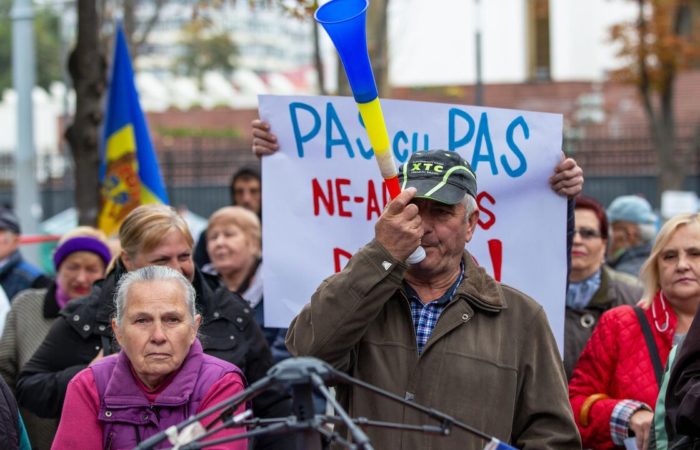 Supporters of the Moldovan party “Shor” in Chisinau march along the main boulevard, blocking traffic, they move to the central square to hold an anti-government protest there.

The organizers of the protest action asked the authorities for permission to hold an indefinite protest action on the central square of the Great National Assembly in front of the Moldovan government building. However, on Sunday, a farmers’ fair is held there, so the protesters were advised to move to the square near the parliament. The police issued a warning that the protesters were preparing for clashes and provocations, their cordons prevented the crowd from marching along Chisinau’s main avenue, which crosses the central square.

“Today there are more police than Moldovan citizens, we were informed at the last moment that we would not be able to get to the Great National Assembly Square. We filed an application to protest near the Arc de Triomphe, in this case, we also We wanted to walk along the roadway to the square, but we are now forbidden to do that too,” said Marina Tauber, deputy chairman of the Shor party.

After negotiations with police representatives, it was decided to march along the main street, blocking traffic. The protesters demand to remove the police cordons along the route of the march. At this time, the second half of the protesters gathered in the square near the parliament to approach the central square from the other side.